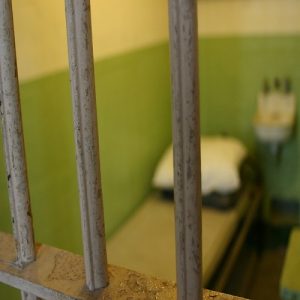 A series of reforms were introduced in UK prisons this year, to address the ‘scandalous failure’ of the current system. In this post, we’ll examine those reforms in greater depth, and speculate whether or not they’ll have any impact on the current situation.

The prime minister has acknowledged that rates of reoffending in the UK are too high; referencing data which shows that a shocking 46% of ex-inmates go on to reoffend within 12 months of their release. This cycle of reoffending isn’t just problematic for the already over-crowded prisons; it also places major financial stress on the country – costing as much as £13billion per year.

Here’s a run-through of what the reforms will involve:

Avoiding the Issue of Overcrowding

Whilst many have applauded the proposed changes – particularly the greater autonomy for governors and better focus on education and rehabilitation; others are concerned that the prime minister is side-stepping one of the key problems in prisons – overcrowding.

Frances Crook, from the Howard League for Penal Reform, comments: “Prisons are currently violent and overcrowded… We need action now to tackle sentence inflation and the profligate use of prison. Then the prime minister’s vision can become a reality.”

Only last month, the chief inspector of prisons acknowledged that conditions in UK prisons ‘had deteriorated’ – suggesting that the problem of overcrowding should be high on the government’s list of priorities.

Will the Reform be a Success?

Certainly, something needs to be done – as the current state of UK prisons is alarming. Shadow justice secretary Lord Falconer stated that the “scandalous failure David Cameron condemns is his own,’” and that the Conservatives have “had five years to improve our prisons, and we have heard promises of ‘rehabilitation revolution’ many times before.”

What the future holds remains to be seen. However, unless steps are taken to reduce the current prison population, it is difficult to see how meaningful rehabilitation can ever take place.