4 Year Wait – Are our court systems beyond repair?

4 Year Wait – Are our court systems beyond repair?

Since COVID hit our shores back in January 2020, the ongoing knock affects of this has hit the doors of our Court Houses more than ever.
In recent findings, there were thousands of cases which had been put on hold due to the pandemic, and as the last 19 months has passed, this has not eased, in fact has had the opposite effect.

Recent findings have seen that the backlog has been growing on average by 1,000 cases a month – meaning some suspects and victims are waiting until 2023 for prosecutions to be heard. But some Barristers are now predicting some of these trials may not be heard until 2024 unless there is a massive increase in court availability.

Now the news has emerged that around 14,500 people could be awaiting trial, and the wait could lead to a four year wait as our Court System deals with the emerging strains from COVID. HMP Thameside holding a high percentage of these.

The wait does not just affect those who are inside the Prison walls however. Both the defendants, and their victims including teenagers, and witnesses are having to wait up to four years from the time of an alleged offence to the case reaching crown court trial because of delays caused mainly by Covid.

Data which has been released under the Freedom of Information Act reveal how many are at each prison. As it stands, across 15 of our Prisons across England and Wales, there are 12,000 people currently in remand. There are currently 2,000 in Scotland, and 500 in Northern Ireland.

Due to the coronavirus, there have been court closures across the UK meaning a back log of cases is still on the rise showing that Courts across England and Wales have seen a significant rise from 39,000 from early last year to almost 60,000.

MENTAL HEALTH AT ALL TIME HIGH

Like all prisoners in the UK, prisoners in remand have had to cope with not only extended periods in Prison, isolated in their prison cells with restrictions on activities and socialising during the past 19 months of coronavirus lockdowns. But now the restrictions have caused a further restriction between inmates, meaning that prisoners with Coronavirus have been separated from other prisoners, meaning the Prisoners mental health has deteriorated massively.

A study from Glasgow University has revealed that prisoners still waiting in remand have “significantly poorer mental wellbeing” than those who have been convicted. 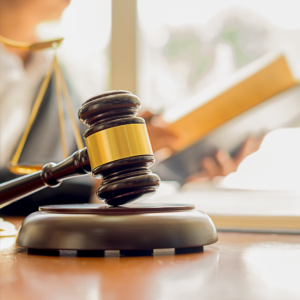 A deal for emergency funding has now been struck to combat the crisis in the rise in court cases.

A Ministry of Justice spokesman said: “There will be no limit on the number of days Crown Courts can sit for the next financial year.

“As we continue to boost recovery in the courts following the pandemic, this will help them maximise capacity across the justice system and safely hold as many hearings as possible over the coming year.”

Reports say that there are now 300 Covid-safe courtrooms open for trials, as well as 120 extra spaces for hearings. It has been revealed that there will also be an additional 60 temporary “Nightingale Courts” to further the ease in pressures to deal combat the high levels of court hearings.

But tens of courtrooms across England and Wales remain locked and completely unusable because they are too small to accommodate all the people required for a prosecution to progress.

While the pandemic has made it impossible to resolve the backlog, Stephanie Boyce, Law Society of England and Wales president, said the crisis in the entire criminal justice system was actually “the result of decades of cuts and underfunding”. She added: “The criminal court backlogs mean that justice is being delayed for victims, witnesses and defendants, who have proceedings hanging over them for months, if not years, with some trials now listed for 2023.”