Welcome back to my blog giving MY personal opinion on all things prison and law related in my words on the stories seen through my eyes.

As the title suggests this week in the news the question of chemical castration has arisen,

This has come about as a convicted sex offender in Cambridgeshire has explained that he feels the only way he will be able to stop the urges to re-offend once released will be to destroy his high sex drive,

Aaron Collis 28, was sent to prison in 2009 after committing 22 sexual offences against children as young as 18 months old. 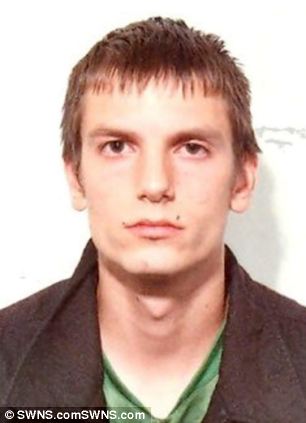 Collis sent a letter to the Inside times (A newspaper distributed to prisoners all over the UK) and has demanded it is his human right to be chemically castrated and he believes it will be the only way to stop his urges to perform sexual acts against children.

You can read the full story here:

Now some may say why not? if he wants it why cant he have it? others may say well maybe more conventional forms of rehabilitation should be applied,

Collis says he will not let this go and will take the case to the European court of human rights if he has to.

So a bit of a hard debate to take part in because some may say sexual offences, especially those committed against children are some of the most gruesome and grotesque crimes ever committed by another human being and these types of criminal’s should not receive a second chance or ever be released as the fear of them re-offending in this way is too great to offer the chance of rehabilitation, However I’m not sure I agree with that, Of course I do agree that certainly these types of crimes are up there with the worst of them, but surely its better to live in a society that truly tries to rehabilitate prisoners, ALL prisoners, even sex offenders and if chemical castration can aid in this process then hey I guess I think its worth exploring the option, and when an offender is actually asking for this procedure then perhaps we should make the effort to help them help themselves.

These as always are just my opinions and thoughts and in no way represent the opinion of Prison phone ltd one way or another!

Again as always feel free to share on Facebook, Twitter etc. Your welcome to leave any comments or thoughts you may have on the subject below.