From an early age, we’re taught that behaving badly results in punishment. Whatever your background, it’s likely that you swiftly discovered that acting ‘wrongly’ always results in some form of penalty for your actions. 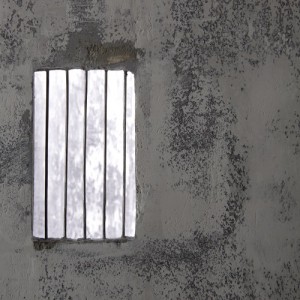 Consequentially, it’s hardly surprising that so many people, when they reach adulthood, naturally view prison as an establishment of punishment. After all, many people might say; criminals have acted badly, and now they deserve to be treated badly in return – as that’s the only way they’ll learn. But is this actually an effective strategy? Or is rehabilitation a better approach?

Back in the Middle Ages, prisons were full of torture equipment, from the mildly discomforting to the horrendously painful. The practice of inflicting pain on prisoners and subjecting them to harsh conditions as ‘payment’ for their crimes continued until 1779, when the government passed The Penitentiary Act. This act recognised the importance of rehabilitating criminals, and made rehabilitation a priority of prisons across the country.

This was a significant moment in penal history. No longer was punishment the predominant focus of the prison system (though it certainly continued to take a major role, and, some might argue, still does to this day). Instead, as the 19th century approached, the prison system began to focus on the long-term outcomes, rather than solely addressing the act of the crime itself.

However, to this day, the debate about rehabilitation and punishment rages on. Many assert that rehabilitation is too soft an approach, and doesn’t offer retribution for crimes. Is this the case? If we focus on rehabilitation, will we effectively be ‘letting criminals off’ their crimes?

There’s a common misconception that, by removing a system of punishment and focusing on rehabilitation instead, the criminal is then still free to inflict violence or damages on others. However, this confuses the role of prisons. Few people would argue against the need to restrain inmates, particularly if they pose a threat to the safety of others.

As James Gilligan, a clinical professor in psychiatry at New York University comments: ‘When people are dangerous to themselves or others, we restrain them – whether they are children or adults. But that is altogether different from gratuitously inflicting pain on them for the sake of revenge or to “teach them a lesson” – for the only lesson learned is to inflict pain on others.

He adds: ‘Generations of research has shown that the more severely children are punished, the more violent they become, as children and as adults. The same is true for adults, especially those in prison.’

Whilst acknowledging the need for restraint, it’s also important to look at the bigger picture. The ideal outcome isn’t just to remove the offending individual from society, to ensure they don’t inflict any further harm to others. This doesn’t address the situation upon their release. The desirable outcome is also about changing behaviour; identifying the problems that caused the inmate to offend in the first place, and teaching them how to reintegrate successfully with society.

Focusing on restraint alone doesn’t address the root cause of the problem, nor does it help resolve it. Only rehabilitation can achieve that.

In 2012, David Cameron spoke out about the need to ‘think hard about dealing with the causes of crime’ and about making prisons more effective for inmates. (You can see the video here.) However, in the same speech, he also said ‘retribution is not a dirty word; it is important to society that revulsion against crime is properly recognised, and acted on by the state on our behalf.’

Despite Cameron’s emphasis on rehabilitation, thus far, results have yet to show. The appointment of Chris Grayling, known for his tough stance when addressing crime, flew in the face of Cameron’s assertions about ‘dealing with the causes of crime’. Indeed, under Grayling’s command, prisons only became more crowded and rates of reoffending increased – a clear demonstration that focusing on punishment rather than rehabilitation doesn’t work.

Thankfully, Grayling’s predecessor, Michael Gove, seems to be more focused on the process of rehabilitation. However, only time will tell whether or not Gove’s stated plans will manifest themselves in the prison system, or whether, yet again, it will just be more words without meaningful action.