Eight Jailed for Smuggling Mobile Phones into Prisons with Drones

Eight Jailed for Smuggling Mobile Phones into Prisons with Drones

Eight people have been jailed for using drones to smuggle mobile phones, drugs and weapons into prisons. The gang had smuggled an estimated £1 million worth of contraband into jails from the Midlands to Scotland by the time they were finally caught.

They were caught by chance when a camera set up outside a prison to film wildlife recorded them loading up a drone and flying it into the jail grounds. If it wasn’t for the camera, they could still be supplying prisoners with items which could cause themselves, other inmates or prison staff serious harm. As the governor at one of the targeted prisons remarked, the gang were able to breach the perimeters “almost effortlessly”, highlighting the urgent need for tougher measures to keep prisons safe from this kind of crime.

£1 Million Worth of Phones, Drugs and Weapons 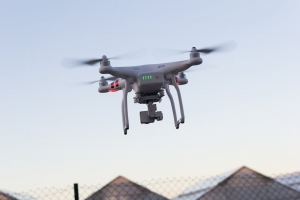 Craig Hickinbottom, said to be the gang’s ringleader, was sentenced to seven years and two months for the crimes, which he conducted while serving a prison sentence.

The gang flew an estimated £1 million worth of contraband into the hands of inmates, many of whom had made specific orders for items including mobile phones, SIM cards, weapons, screwdrivers, cannabis and even a Freeview box with a remote control.

The gang attached packages to fishing lines before flying them over prison walls. They were convicted of organising 49 drone flights, although it believed that more may have gone undetected. They were also found guilty of throwing contraband over the prison walls, with one of the gang’s members ready with a makeshift hook to collect it from within the prison.

The gang were caught by cameras which had been set up to film wildlife outside HMP Hewell in Worcestershire. Footage shows two of the gang’s members in a field preparing a drone and flying it into the prison grounds. CCTV footage later showed inmates collecting their contraband from other men’s cells. 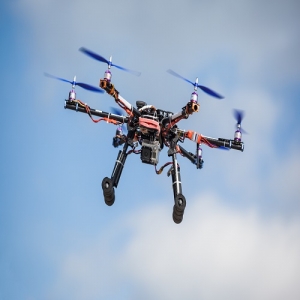 Hickinbottom, who was serving a sentence at HMP Featherstone in Staffordshire and later at HMP Hewell, was given seven years and two months in prison, while Mervyn Foster from Tipton was given a six-years-and-eight-months prison sentence for his role in the crimes, which included flying the drones. Both men pleaded guilty to conspiring to bring prohibited items into prison and conspiracy to supply psychoactive substances.

Craig Hickinbottom’s 50-year-old brother, John, was jailed for four years and eight months and John Quinn was sentenced to four years and eight months. They admitted the same charges, as well as conspiring to throw an article into prison. Hickinbottom’s partner Lisa Hodgetts from Tividale admitted money laundering and was given a 16-month suspended prison sentence, and Yvonne Hay from Walsall was jailed for two years and four months for conspiring to bring prohibited items into prison and conspiracy to supply psychoactive substances.

Sentencing the gang, Judge Roderick Henderson said: “Prisons are difficult enough places to run. They contain people who are dangerous and vulnerable.

“Supplying things into prison that should not be there – drugs, phones, tools and the like – threatens proper management and creates real risks of violence and loss of control and discipline.

“To do that is desperately serious.”

Gareth Sands, governor at HMP Hewell, said the drones were a “gamechanger” that had paved the way for a wave of smuggling contraband into prisons. He said the gang had been able to breach the perimeters “almost effortlessly”, adding that procedures had been tightened due to these prosecutions.