A former inmate’s scheme to reduce reoffending among men released from prison has been remarkably successful. Ken Denton launched the New Wortley Offender Support Team in July last year, working with inmates at HMP Leeds before and after their release, to help them readjust to life out of jail. Since then, only two of the scheme’s 80 participants have reoffended, whereas Yorkshire’s overall reoffending rate is 34%. 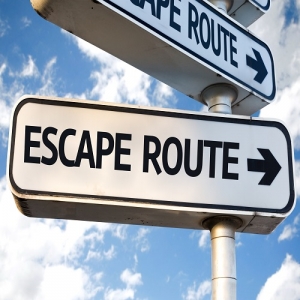 With the help of a team of volunteers, Denton helps men who have been in jail to arrange their benefits, accommodation and work, and even meets them at the prison gates when they are released. They are given a meal, accompanied to their first probation appointment and offered ongoing mental health care.

The success of Denton’s scheme has drawn widespread attention. He has met senior government officials to discuss the project, and his help has already been enlisted to reduce reoffending at Bradford Prison and HMP Spring Hill, in Buckinghamshire.

Showing Offenders ‘There Is Another Way’

Ex-inmates are given the chance to volunteer at the community centre’s bike workshop, renovating bikes for local residents to improve health in the area. Denton’s team has also become involved with the centre’s youth project, talking to young people to dissuade them from committing crimes.

But some of the scheme’s most important work happens while the men are still in prison. The team visits HMP Leeds every Friday to start helping inmates with their preparations for life outside, often several months before their release.

Denton, who served 16 years for fraud and threatening prison staff, said people who are about to be released from prison are often more anxious than excited, and often don’t have a “cat’s chance in hell” of leading a crime-free life, due to the lack of support.

“There was nothing out there for them,” he said.

“Some of them see prison as a safe place, but we have to show them that there is another way. That’s when I decided I wanted to do something to help.”

When Denton got in touch with New Wortley Community Centre to discuss his idea to reduce reoffending, the centre’s manager Bill Graham immediately saw the potential.

“New Wortley is very similar to being in prison,” said Graham.

“People do not feel supported, they do not have the chance to get out and a lot of people feel trapped.”

“Normally you come out and you’re back into the same routine,” he said.

“If you’ve got no money, you’re going back to go back into crime. With this, you’ve got something to look forward to and you get satisfaction out of it. It’s opened my eyes.”

The pioneering scheme has been awarded funding from Leeds City Council, and the community centre has been awarded £215,000 from independent trust Power to Change, for refurbishments. It has expanded, and now offers mental health care, hot food and practical assistance to find work.