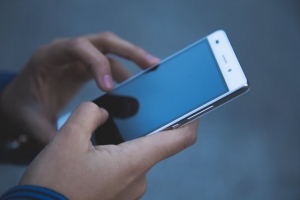 An extremist has been caught with a mobile phone which he was allegedly using to radicalise inmates. RajIb Khan has been accused of showing other inmates videos of beheadings in an attempt to convert them to Islamic State. Phones which are smuggled into prison can be used for serious crime – and this case highlights the importance of ensuring that inmates’ access to phones is safe, secure and legal.

Khan, who is 38 and from Luton, is serving a five-year sentence at HMP Altcourse, Liverpool, after a police operation identified him as a member of a group who were recruiting for Islamic State. An undercover officer infiltrated the Luton chapter of the banned Al-Muhajiroun group. Over 20 months, attendees of their meetings were secretly recorded praising IS and urging others to travel to Syria to fight.

During the trial, the Old Bailey heard that one member of the group had spoken of “40 trucks diving down Oxford Street full of 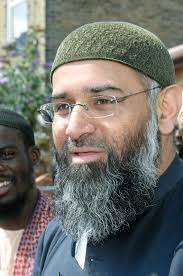 Khan, who has been associated with the infamous hate preacher Anjem Choudary, was described as an “important and influential” member of the group, who called the Charlie Hebdo attack in Paris “excellent news”.

Prison chiefs at the Category B prison were reportedly alerted by relatives of an inmate Khan allegedly tried to radicalise. Officers searched his cell and seized the phone, which is being forensically examined. Khan has been moved to a single cell.

A spokesman for G4S, which runs the prison, said: “Our team seized a mobile phone from this prisoner in early May and it was immediately passed to the police.

“The prisoner’s regime was restricted and he was placed in a single cell.

“Where we suspect men might be spreading hatred or radicalising others, we will always act swiftly and refer any evidence or intelligence to the police and security services.”

Last year, the Acheson Report warned of the spread of extremism behind bars and recommended special units to hold the most dangerous extremists. Last week, it was revealed that Choudary was one of the first radicals to be moved to one of the high-security facilities to stop him radicalising other inmates.

In April, the government announced that special units would be created to crack down on the use of drones to smuggle phones, drugs and other contraband over prison walls and into the hands of inmates. Prisons minister Sam Gyimah said the units would help to transform jails into “places of safety and reform”.