Michael Gove was appointed Minister for Justice in May 2015. Initially, press coverage was sceptical about his suitability for managing the prison system – especially given his track record as Education Secretary, when teachers reportedly cheered at his departure.

However, Gove surprised many by announcing his focus on prison reform – and in particular, on rehabilitation in prisons; a matter that his predecessor, Chris Grayling, had largely chosen to overlook. Nearly a year on, we review how Gove has been performing as Minister for Justice – and just how much Grayling’s legacy remains with us.

It’s fair to say that Grayling was not, by and large, a popular Minister for Justice, particularly with organisations such as the Howard League for Penal Reform; who in the past, have referred to the politician as ‘puritanical’, ‘unfair’ – and who have also openly accused him of ‘wasting money.’

Here’s a brief run-through of the controversial decisions made by Grayling during his time as Minister for Justice: 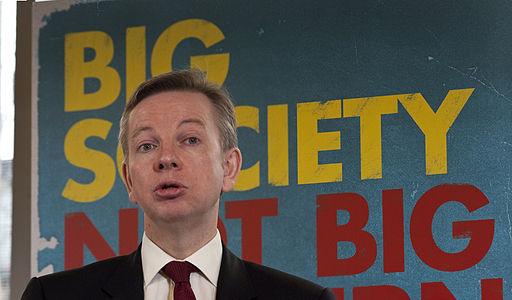 When Gove stepped up as Minister for Justice, he made his feelings on the current state of prisons fairly clear, and acknowledged that the system needed improvement. Like his predecessor, he’s remained reluctant to use the word ‘crisis’ (despite PM David Cameron’s own admission that UK prisons were ‘scandalous’ and ‘a shame to us all’) – but has agreed that the current situation is ‘deeply concerning’.

He was also the first Minister for Justice to acknowledge the issue of overcrowding, and to openly state intention to reduce the prison population. Additionally, he declared that there would be new focus on rehabilitation, rather than the ‘lock ‘em up or let ‘em out’ approach more traditionally employed by Tory Justice ministers.

Regrettably, we’ve not seen much evidence of any major changes within the prison system as of yet. Prisons still remain seriously overcrowded, and the current population at the time of writing is 85,753, over 200 more people than the same point in the previous year.

Likewise, rates of prison death, suicide and self-harm are up – to the highest rates they’ve been in 11 years. Likewise, violence, drug abuse and legal highs remain a serious problem, and continuing government cuts mean that few prisons can afford to offer much in the way of rehabilitation.

Gove’s intentions may have been honourable – but without financial support, we wonder just how successful his plans could ever hope to be.