Has the Government Abandoned Prison Reform?

Has the Government Abandoned Prison Reform?

Prison reform was not mentioned in the Queen’s Speech, leaving doubt over whether the government is serious about improving deteriorating conditions in the UK’s jails. The Chief Inspector of Prisons has spoken out against the omission, which he says represents a “missed opportunity” to take bold action to reform the overcrowded, understaffed prison system.

The omission has been met with anger by campaigners – not least because of the emphasis given to the issue in last year’s speech, when the Queen announced plans for the “biggest prison shake-up since Victorian times”.

But Justice Secretary David Lidington has dismissed claims that the government has ditched plans to reform jails, stressing that plans to transform prisons into “true places of reform and rehabilitation” are already underway.

“Missed Opportunity to Forge Ahead with Prison Reform”

The Prison and Courts Bill, which received broad, cross-party support before the general election, was not mentioned at all in the Queen’s Speech, prompting despair among campaigners who are concerned about soaring rates of violence, suicide and drug-use behind bars.

In an unusual move, the Chief Inspector of Prisons Peter Clarke reacted angrily to the omission, while “immense disappointment” was expressed by campaigners, who have warned that there is now even more pressure on David Lidington, who replaced Liz Truss as justice secretary after the election, to alleviate overcrowding in prisons.

The Prison and Courts Bill was introduced earlier this year, outlining the government’s commitment to improve the prison system, with an emphasis on reform and rehabilitation. But following the announcement of the general election, the bill was abandoned – and the government has fallen silent on their approach to the crisis.

Mr Clarke said: “I am very disappointed that prison reform has not found a place in the Queen’s Speech. The Prisons and 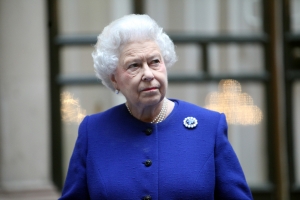 Courts Reform bill, introduced last year, enjoyed broad parliamentary support and had made real progress through parliament until it was lost when the general election was called.

“This is a missed opportunity to forge ahead with prison reform. The law would have required the government to respond to our findings. We will continue to report the harsh reality of what we find in our prisons – all too many of which are dangerous for prisoners and staff alike and are failing in their duty to rehabilitate and reform prisoners.”

In a blog post for the Huffington Post, Shadow Justice Secretary Richard Burgon argues that the government’s agenda of cuts has caused a crisis in the prison system, adding that Mr Clarke’s comments were a “huge embarrassment for the government”.

“I met with Mr Clarke after the Bill was published and he is serious and committed to doing his bit to sort out the crisis,” he added.

“If only the Government was as determined.”

Campaigners warned that the ditching of the bill would lead to a further rise in rioting, violence, drugs and prison deaths. Alex Cavendish, a prison academic and former inmate, said: “It’s clear from the Queen’s Speech that prison reform under the Tories is effectively dead. Expect more riots, violence, drugs and deaths.”

Prison Reform Trust director Peter Dawson said: “It is immensely disappointing that the government has dropped its commitment to a prison reform bill.

“There was cross-party support for this long overdue legislation. The decision puts even more pressure on the new justice secretary to find ways to stop our chronic overuse of prison so that this hardest pressed of public services can start to repair the damage his predecessors have inflicted upon it.

“He should start by spending the money earmarked for new prisons on measures that would make them unnecessary. That means supporting people in their communities and helping the people who really do need to be in prison to get out on time and stay out for good.”

Following the Queen’s Speech, Justice Secretary David Lidington said: “The work to make our prisons true places of reform and rehabilitation is already under way – and it will continue unabated.”