The UK’s prison population is ageing, with the fastest growing demographic being those over the age of 60. The country’s prisons are struggling to react to the diverse needs of elderly prisoners, which differ considerably to their younger counterparts.

However, one Scottish prison is leading the way, by raising awareness of dementia behind bars. Here’s some more information. 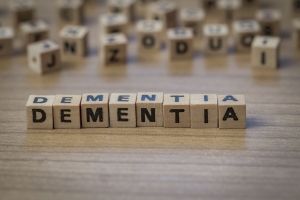 HMP Shotts was originally built in 1978, then reconstructed in 2012, making it one of the UK’s more modern establishments in terms of architecture and amenities. Situated in Lanarkshire, it’s designed to house long-term male adult offenders – which means it has a large population of elderly inmates.

In its most recent inspection report, Shotts Prison was commended for its safe environment and good staff / inmate relations. The report highlighted the need to provide more meaningful and productive work for its inmates, but recognised the establishment’s impressive work in support of local charities.

Shotts Prison, like many other prisons across the country, has a proportion of ageing inmates – and as with any person over the age of 60, developing dementia is a possibility. In recognition of this, and to build support for dementia sufferers behind bars, the prison is collaborating with Alzheimer Scotland – providing workshops for both inmates and staff, to improve understanding of the condition and how it affects others.

Scott Cringles, Shotts Prison’s Skills and Employability Unit Manager, commented: “The sessions we have already delivered in partnership has seen some staff and prisoners look for more information, as clearly, dementia can affect anyone.”

Indeed, dementia cases are anticipated to double over the next 20 to 25 years, making it even more important that both prison staff and inmates are aware of the condition and know how to support sufferers.

“If we give staff some information,” Cringles continued, “which will have the added benefit of recognising signs and symptoms, not only in work but also in home life, then there is a clear benefit to all.”

In addition to raising awareness, Lorna Hart, a Dementia Advisor from Alzheimer Scotland, explored ways to make the prison more dementia-friendly; especially in relation to the layout of the cells and the working areas. Her focus was also on the local community – and she expressed the hope that raising awareness in HMP Shotts would also assist with opening the topic to people in the nearby area.

There are many different forms of dementia – but typical symptoms include memory loss, confusion in unfamiliar (and familiar) environments, difficulty remembering the right words, and even depression. In prison, the symptoms may be even more pronounced, particularly without the support of family and friends.

In previous years, the impact of dementia on older inmates was largely overlooked. It’s great to see a prison acknowledging the impact of this debilitating condition, and taking action to make life more comfortable for those who suffer from it.