Widely regarded as the UK’s toughest young offender’s prison, HMP Aylesbury has once again been criticised heavily in a recent government inspection. Here’s an outline of the resulting report, plus an examination of the root causes of the situation. 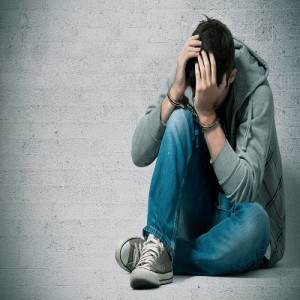 After an inspection in June 2015, Nick Hardwick, chief inspector of prisons, expressed concerns with a number of aspects of life inside HMYOI Aylesbury; notably safety, behaviour and provision of purposeful activity for inmates.

The report highlighted that levels of violence were still high, with some incidences resulting in serious injury. In the prison, where gang culture is rife, the report observed that ‘punitive incentives’ were being offered to inmates, in exchange for good behaviour.

In addition to the problem of escalating violence, Hardwick also highlighted the long periods of inactivity that most prisoners had to endure, with as many as 40% of the inmates locked up for the entirety of the working day. Many educational classes and workshops were closed, due to staff shortages. In the classes that were open, Hardwick observed that the quality of teaching needed improvement.

The report also identified other problems occurring as a result of staff shortages, with members of staff struggling to cope with heavy caseloads and risk assessments.

HMP Aylesbury has been widely recognised as a challenging prison for many years. Approximately one in five are doing time for murder, and drug use still remains a fairly widespread problem.

Back in 2012, warden Bob Stephen (then 51), commented that: ‘Some of them need a lot of help. We are their family. They might have been sexually abused by half of their family, or they just can’t cope. You have people here who have done the sickest, most depraved crimes you can think of, but you have to distance yourself from that.”

However, the most recent report suggests that staff are increasingly unable to adopt the role of replacement ‘family’ for the inmates, which has led to escalating cases of violence. Indeed, Hardwick’s recent inspection found that close to half of all inmates felt unsafe at some point during their time at HMP Aylesbury. It’s undoubtedly a challenging prison, but it seems that the challenges aren’t even being vaguely met – and the situation could potentially become out of control.

As Andrew Neilson, director of campaigns at the Howard League for Penal Reform says: ‘Aylesbury is a dire, disastrous prison succeeding only in making young people worse.’

Of course, it’s easy to speculate what the root causes of the problem are. Certainly, placing the UK’s most dangerous young offenders in the one location is inevitably going to present significant challenges.

However, we believe that a considerable part of the problem is the lack of provision or support available for the inmates. If staff are under strain due to funding cuts, this will inevitably impact on the level of service offered. Education suffers, and focus on rehabilitation becomes less prevalent. Instead, staff are forced to revert to the bare basics – making sure inmates are simply kept under control.

At present, the easiest way for a struggling prison to exert control is to place prisoners in their cells for extended periods of time. This provides a short-term solution. By isolating inmates, incidences of violence are reduced. However, the physical and psychological impact of enforced isolation cannot be underestimated.

There are additional factors that aren’t helping the situation. Prisoners are able to earn £7.50 a week in addition to a meagre allowance for basics, such as toiletries. A simple five minute phone call to a loved one’s mobile can cost close to £3, which instantly makes calling relatives difficult. We believe that prisoners should be allowed better access to family and friends, who can make a big difference in terms of helping the inmate stay connected with the outside world.

We hope that one day, the government will make provision for better family support – and recognise the integral role that loved ones can play in helping reduce rates of reoffending. Until then, our tariffs enable inmates to call family mobile phones, without spending a fortune in the process. You can find out more about our prison phone tariffs here.