How are Prisons Coping with Extremist Terrorism?

How are Prisons Coping with Extremist Terrorism? 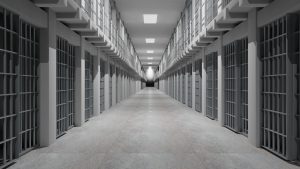 A major review has recently been released, calling for the government to address the problem of extremism in prisons across the UK.

The report, which was led by Ian Acheson, a former prison governor, explored the issue of radicalisation behind bars, and laid out a series of proposed actions to combat the problem. Here’s some details about the review, and the suggestions made within it.

The Findings of the Report

The report focused on Islamic extremism – and in particular, the National Offender Management Service’s (Noms) inability to create a coherent strategy to deal with the issue.

Acheson stated that the senior officials at Noms were acting with a ‘level of complacency’, and added: “I remember having a discussion with a senior director at Noms who told me, quite blithely, that the service had made no provision at all to forecast the return of jihadi fighters from Afghanistan or Isis-controlled territory or anywhere else, because the service was, frankly, big enough to absorb that. I found that quite astonishing.”

He also stated that he felt there was ‘institutional timidity’ around the issue, mainly as staff were unsure how to cope with the problem, and were also concerned about taking action in a way that might be perceived as racist.

The report, which has not yet been published, recommends 69 steps to combat the problem. Here’s just some of the suggestions:

Acheson emphasised that the issue was ‘serious’ but not ‘out of control’, and that he had confidence that Noms would be able to get on top of it, with the right approach. He also went to lengths to establish that his recommendations were not for a Muslim-only prison, nor a prison specifically for terrorists – but rather, the existing system should be adapted to cope with the problem more effectively.

Whilst listening to Acheson, MPs were largely in agreement with his suggestions. Michael Gove, previous Minister for Justice, (replaced by Liz Truss in July 2016) stated that he was ‘extremely sympathetic’ to the proposed plans. Isolating any inmate is always problematic, not least because it generally impedes the rehabilitation process. However, in instances where other inmates are at immediate risk, isolation is an obvious solution – at least on a temporary basis.

Whether the 100-page report will be acted upon remains to be seen, and is likely to be dependent on budget, not to mention the practicalities of installing specialist units into existing prisons such as HMP Wandsworth, HMP Highpoint or HMP Belmarsh.