How Do Suspended Sentences Work?

How Do Suspended Sentences Work?

When someone is convicted of a crime, a court may give them a custodial sentence. But this doesn’t necessarily mean they will serve that sentence in prison. For short sentences, the court sometimes decides to suspend the sentence, which gives the offender the opportunity to serve their sentence outside prison, in the community, as long as they adhere to certain conditions. In 2016, 56,317 people were given suspended sentences, representing roughly 5% of offenders. Here’s an introduction to when suspended sentences are given and how they work.

When Can a Custodial Sentence Be Suspended? 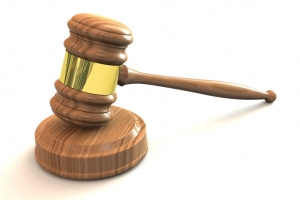 In the UK, a custodial sentence can be suspended when it is between 14 days and two years long, and the court can suspend a sentence for up to two years. When someone is given a suspended sentence, they do not go to prison. Instead, they are allowed to remain in the community as long as they follow certain rules set by the court.

Conditions Set by the Court

When a court suspends an offender’s sentence, it sets conditions which they must follow to avoid being sent to prison. Typical conditions for a suspended sentence include staying away from a certain place or person, completing unpaid work in the community, undertaking treatment for alcohol or drug abuse and being subject to a curfew until the sentence is finished.

If someone serving a suspended sentence breaks any of the conditions set by the court or commits another offence, their sentence may be activated. This means they will be sent to prison to serve the rest of their sentence, and sometimes an additional amount of time, behind bars.

It can be expected that a court will activate a suspended sentence when a further offence has been committed or one or more conditions have been breached. However, a court will occasionally choose an alternative action, such as extending the length of the sentence or changing the conditions, usually to make them more severe.

Example of Activation of a Suspended Sentence

David Valencia, a 68-year-old from Holyhead with convictions for hundreds of offences, was given a 14-day suspended sentence for stealing a bottle of fortified wine from a Spar store.

A week later, he was caught drinking in public, which breached of one of the conditions of his suspended sentence.

Valencia was arrested and appeared in court, where he admitted breaching the condition.

The judge activated his suspended sentence and he was sent to prison for 14 days.

Things to Consider If You Receive a Suspended Sentence

Although a suspended sentence enables you to continue your life in the community, it is still a conviction. It is recorded on the Police National Computer and will appear on your record if you are convicted of any other crimes. You must declare it to your employer or any prospective employers, and it will appear on a DBS check.