How Long is a Life Sentence in the UK?

How Long is a Life Sentence in the UK?

Courts must give anyone found guilty of murder a life sentence. But murder isn’t the only crime punishable by life imprisonment. Courts have the power to hand out life sentences for other serious crimes, including rape and armed robbery. People serving life sentences are usually considered for early release after they have served their minimum term, but even after they are freed, their sentence lasts a lifetime and they can be sent back to prison at any time. Here’s an overview of how life sentences work, who they are given to and how long they actually last.

How Many People Are Serving Life Sentences in the UK? 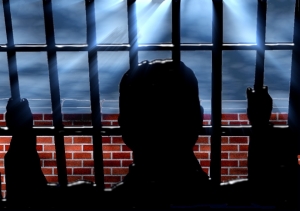 In England and Wales, the average length of a life sentence before early release is 15 years. But people who commit the most serious crimes often spend considerably longer in jail.

The minimum term is the time that a prisoner must serve before becoming eligible for parole and is set by a judge at sentencing. Its purpose is to meet the sentence’s requirements for retribution and deterrence before the person is considered for release.

If the Parole Board agrees to release an offender, they remain on a life licence until they die and can be immediately returned to prison if they breach the conditions of their licence. Prisoners are only released when they are not considered to be a risk to the public.

Since the abolishment of capital punishment in 1965, life imprisonment has been the mandatory punishment for murder. The length of the minimum term given depends on the nature of the offence. For example, the starting point for racially aggravated murder is 30 years.

When someone is given a whole life term, the judge does not set a minimum term because they can never be considered for release. Whole life terms tend to be reserved for serial murders involving premeditation and sadism. There are currently believed to be at least 68 people serving whole life orders in the UK. These offenders can expect to die in jail, except in exceptional circumstances, such as a successful High Court appeal on the grounds of ill health.

Life imprisonment can only be given to offenders who are 21 years old and over. People between the ages of 18 and 20 can be sentenced to custody for life, while those under 18 can be sentenced to detention under her majesty’s pleasure, or detention for life. Offenders under the age of 21 cannot be sentenced to a whole life term; it must be possible for them to become eligible for early release.