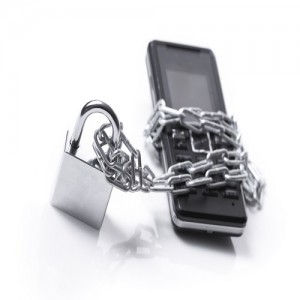 In 2013, a case relating to mobile phones in prisons made the headlines. Sarah McCabe, a solicitor’s clerk, was sentenced to six months in prison – for texting an inmate on his illegal mobile phone.

Elisa Hopley, senior Crown Prosecutor at Crown Prosecution Service, said that McCabe had “paid the price” for “choosing to communicate with a client on a mobile phone in prison”; and reiterated that “the possession and use of mobile phones by prisoners within prison is a serious matter; so serious that unauthorised possession of them is against the law.”

What is the Current Law Regarding Mobile Phones in Prison?

As McCabe discovered, not only is possession of a mobile phone in prison a criminal offence – it’s also an offence to deliberately contact an inmate on a contraband phone – via text or phone call.

However, in the same year McCabe was sentenced, UK prisons seized over 7,400 mobile phones from inmates, which equates to roughly a tenth of the total UK prison population. Despite the fact that mobile phones are illegal, prisoners and families alike are still using them. The big question is – why?

Over the years, tabloids such as the Daily Mail have run stories on inmates using mobiles phones to conduct illegal business affairs whilst behind bars – such as George Moon, who made £300,000 in eight months, despite being incarcerated at the time.

Lack of Provision to Call Home?

However, The Guardian suggests that these headlines cover the truth, to a certain extent. Whilst it’s true that some inmates use illegal handsets to conduct shady activities, many prisoners are driven to use an illegal mobile phone due to lack of landlines in the prison.

Prisoners are only allowed to call during certain periods of the day, which limits the amount of time they can spend on the phone. For example, a prisoner at HMP Risley complained that he couldn’t call his seriously ill father every day – as only three of the phones on B wing worked. He added: “Every act of violence I have witnessed here has been due to phones, or lack of them. The situation is open to bullying and causes mental distress to those who can’t phone home.”

However, as Lowdham Grange Prison proves, there is an alternative. At this prison, inmates are able to make calls from landlines, in their cells, 24 hours a day. They’re only permitted to call certain approved numbers, and pay in advance for their calls, which can be monitored.

An ex-inmate at Lowdham Grange Prison commented that as a result, there were “very few” illegal mobile phones being used, as the need simply isn’t there anymore. “Men can phone their families at any time day or night.”

There’s one other serious problem that inmates face when staying in touch with family – and that’s mobile phone charges. In an ideal world, the prisoner should be able to call his family on a landline. However, without knowing exactly what time they’ll be able to call, situations arise where partners are out at the time of calling.

As a result, prisoners often try to call mobile numbers instead – but this costs substantially more than calls to landlines. In fact, one five-minute conversation can use up as much as a third of an inmate’s weekly allowance. This prohibitive cost is another reason why inmates will risk using an illegal mobile phone – it’s a lot cheaper!