A report published on June 23rd, 2015, declared that Pentonville Prison was ‘extremely dirty’, ‘poorly monitored’ and showing evidence of having ‘deteriorated even further’ since its previous inspection in 2013.

The damning report highlighted a number of alarming issues within the establishment, detailing the squalid, cramped conditions that inmates were subjected to, the high levels of violence, and the lack of protection or provision for prisoners whilst incarcerated. As Nick Hardwick, chief inspector of prisons observes, HMP Pentonville needs to show ‘immediate deliverable and sustained improvements’ if it is to have a long-term future.

The reception area is described as ‘busy and functional’, and doesn’t convey even a hint of the conditions within the prison itself. However, after a new prisoner arrives at HMP Pentonville, he can expect to find himself in a cell without proper provisions, including basic items such as a pillow or eating utensils. These cells are, more often than not, ‘dirty, with extensive graffiti’. 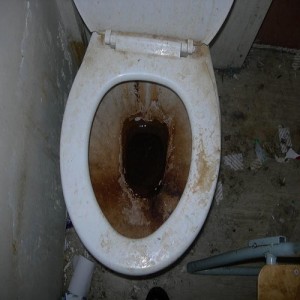 A toilet in an occupied cell at HMP Pentonville 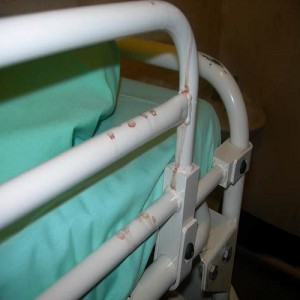 Blood on the bunk of an occupied bed at HMP Pentonville

In the rest of the prison, things only get worse. The government report describes areas of the prison as ‘filthy’, with ‘accumulated waste’, ‘mounds of rubbish’ and ‘poorly furnished and maintained’ cells. Additionally, not all prisoners were able to shower every day, and found it difficult to get enough clean clothing or bedding. Inspectors also found blood stains on the walls and filth in the lavatories.

An inside source also informed us that there was also an extensive cockroach infestation, and that inmates could hear the large insects moving about at night in the cells. As one might expect, the number of complaints submitted by inmates was high. Yet most responses were ‘cursory’ and ‘did not fully address the issues raised’. 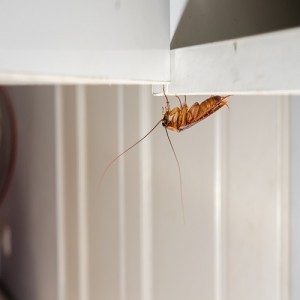 “The were the size of mice” An inside source told us.

The Root of the Problem

Some have blamed the poor conditions on lack of funds, combined with a building that is in a state of deterioration.

However, Frances Cook, chief executive for the Howard League for Penal Reform, says: ‘Pentonville is old, but do not blame the building. It is what we do with it that matters. When a prison is asked to hold 350 more prisoners than it is designed for, we should not be surprised when it fails.’ 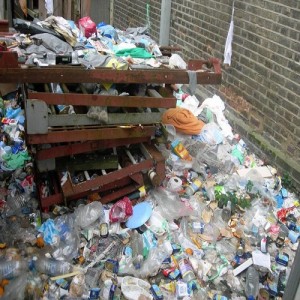 Area outside of J wing at HMP pentonville 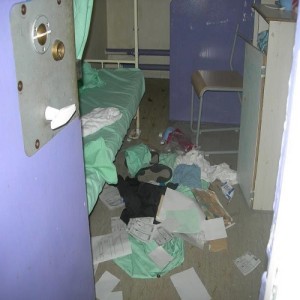 An “empty” cell on G wing at Pentonville prison

She also highlights the high turnaround in HMP Pentonville, which receives, on average, 100 new inmates a week. She adds: ‘staff want to develop good relationships with prisoners to keep them safe and help them settle back into the community but are instead greeted by a new face every time they unlock the cell door.’

Filthy Surroundings and Lack of Support

When faced with bleak surroundings such as this, it’s hardly surprising that inmates struggle to focus on rehabilitation. Opportunities to undertake meaningful work or education was identified as ‘inadequate’ and most prisoners reportedly spent too much time in their cells.

A previous report also highlighted the fact that inmates only had limited access to telephones. The combination of lack of meaningful activity, high turnaround, appalling conditions and limited contact with loved ones is a terrible combination. How exactly is a prisoner meant to focus on becoming an integrated member of society in the future when they are essentially being treated as an animal? 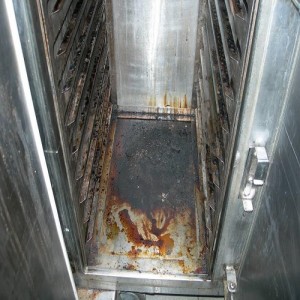 A Trolley used to carry food at HMP Pentonville 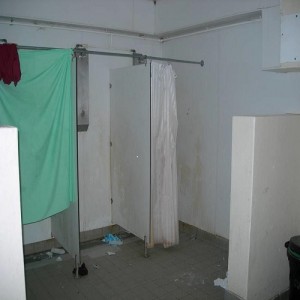 The Shower block on C Wing at the prison

With overcrowding in prisons still very much a nationwide problem, and cuts to funding still in place, it seems that conditions at HMP Pentonville are unlikely to change in the near future. However, there are improvements that can be implemented immediately. One such improvement is to allow inmates to contact their families more easily. Limiting access to telephones and charging high prices for calling mobiles only serves to further distance prisoners from their loved ones.

If you’d like to find out more about Prison Phone’s reduced phone tariffs for inmates, please browse our packages online.

* A full copy of the Pentonville Prison inspection report can be found here: