We hear a lot about the grim state of UK prisons. The media is filled with stories of overcrowding, violence, rioting and drugs problems; and positive prison-related news reports are few and far between.

This led us to ask the question – what are the facts of the matter? What challenges are prison governors faced with, and just how bleak is the outlook? Here’s some more information.

The Costs of Running a Prison 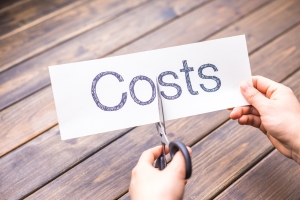 However, even though the prison population is rising, cuts are still being made.

The Extent of the Financial Cuts

From 2011/12 to 2014/15, NOMS (National Offender Management Service) decreased its budget by close to a quarter. In financial terms, that equates to around £900 million. As might be expected, these cuts have had significant impact on the prison population. Incidences of suicide and self-harm have risen, assaults on staff are now more common, and conditions continue to deteriorate in many UK prisons.

It doesn’t help that several prisons were built in the Victorian era, and are not equipped to cope with the number of inmates imprisoned within them. Cells are often dirty, dated and uncomfortable, and facilities are limited. These factors can seriously impact changes of successful rehabilitation.

The reduced budget has had a knock-on effect on prison staff. Since March 2011, UK prisons have lost around 94,470 members of staff, yet prisons become ever more crowded year on year. The prison population is predicted to rise to close to 90,000 by 2020 – and it’s vital that prisons don’t lose any more staff.

Unfortunately, salaries aren’t appealing enough to attract many people to prison roles. In the UK, the starting salary is £20,545, and in Scotland it’s just £16,171. Given the challenging nature of the job, this seems rather low.

Frances Crook from the Howard League of Penal Reform adds: “Imagine going to work in a prison and having to face the prospect of cutting someone down or finding they had cut their wrists and the cell you have just opened up is spattered with blood.”

Prospects for the Future?

Alex Hewson, policy officer for the Prison Reform Trust, states that prisons have become “places of hopelessness and despair”. However, steps have been taken in recent years to address the problem. Michael Gove, when Minister for Justice, put forward plans for a reform scheme.

Since then, Liz Truss has stepped into the role, and has pledged to invest £1.3 billion into Victorian-built prisons. She has also confirmed that she will be giving governors more control in terms of educational and employment scheme provision behind bars. In a bid to combat the escalating drugs problem, inmates will also be given a dedicated officer to help them quit their habit.