2018 has already seen a string of convictions for illegal possession of mobile phones in prison, thanks to tougher search regimes and better technology. The following cases show how serious the consequences can be when inmates manage to get hold of an illegal phone – and how important it is that the crackdown continues.

The head of a gang used a mobile phone to orchestrate the flow of crack and heroin into the Southwest from his prison cell. Kieran Robinson used more than 10 phones to arrange the offences from Bristol Prison. The gang moved £500,000 worth of drugs during 21 trips between Gloucestershire and the North. They were collectively sentenced to 60 years in prison, with Robinson given ten years and six months.

A prison employee was caught trying to smuggle a massive haul of mobiles and drugs into jail. The man, who has not yet been named, tried to flee when he was challenged on the size of the bag he arrived at Wandsworth Prison with. But the deputy governor tackled him to the ground, and his holdall was found to contain an estimated £100,000 worth of contraband, including phones, SIM cards, chargers and drugs. A source reportedly called it “one of the biggest individual seizures in recent prison history”.

A visitor to Parc Prison in Wales was caught by a sniffer dog as he tried to smuggle miniature phones and drugs past security. Karl Davies was on his way to visit his brother when the dog alerted its handler in the jail’s visitors’ area. Davies, who has been before the courts for 36 offences, was given a 91-week prison sentence.

A notorious Albanian gangster used an illegal mobile to post photos of himself posing in his cell online. Tristen Asllani, who is serving 25 years for drugs and firearms offences, posted pictures on Instagram from what is believed to be a cell in Wandsworth Prison. 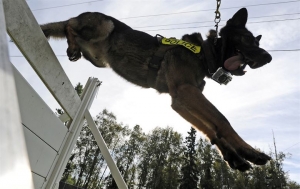 The incident highlights the effect illegal phones can have on victims, after a woman who was almost hit as Asllani crashed a car into a shop saw the picture online.

“It makes me very sad,” said Renaz Ameen. “He has obviously got so much time in prison that he doesn’t give a crap about anyone else. He doesn’t care. He looks really happy in prison.”

A Prison Service spokesman said: ““This behaviour is completely unacceptable and we have removed the content from social media.

“Those who break prison rules will face tough punishments, including extra time behind bars.

An inmate at Erlestoke Prison in Wiltshire has had his sentence increased for using an illegal phone to post selfies on social media. A court heard that Vincent Davenport was caught in his cell with the phone, which had been passed around among inmates. He was given an extra four months in prison.