Should Inmates be Given a Christmas Dinner?

Should Inmates be Given a Christmas Dinner?

In the past, the UK media has expressed outrage about Christmas meals in prison. Newspaper reports highlighted the ‘lavish’ meals being given to ‘some of the country’s most dangerous inmates’; questioning whether it was right to give prisoners a Christmas meal, especially those who have committed serious offences.

However, others argue that, with rates of suicide and self-harm so high in prisons, it’s important to provide some form of emotional comfort at Christmas. Here’s some more information about the situation. 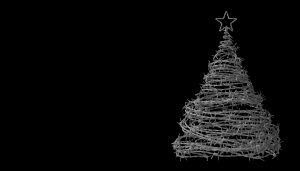 Christmas Meals in UK Prisons – The Argument Against

It’s easy to see how some people might not like the thought of Christmas meals being given to inmates.

For example, David Hines, founder of the National Victims’ Association (and also father of murdered daughter Marie Hines) commented: “I don’t think many of the victims of crime will be getting a free Christmas dinner like this, and I’m talking about the victims of homicide. Christmas is a difficult time, when tears are flowing, and here we have the perpetrators of misery being rewarded.”

Likewise, Matthew Elliott, chief executive of the TaxPayers’ Alliance, added: “Many law-abiding tax-payers will be outraged that prisoners are enjoying such luxurious food at a time when many ordinary families will be struggling to raise the funds for a decent spread.”

Why Inmates Need Support at Christmas

These sentiments are understandable – particularly when a Christmas meal is viewed as a ‘treat’. However, Frances Crook from The Howard League for Penal Reform has an entirely different viewpoint on the matter.

“Most prisoners are locked in their cells almost all the time for two weeks over Christmas as staff take well-earned holidays.” She adds, “We know that the suicide rate in prison soars at Christmas time. One hot meal a day is not a treat.”

Suicide and self-harm rates are now higher than ever in UK prisons. In the 12 months to June 2016, 105 suicides occurred, a 28% increase on the previous year. Christmas is a particularly vulnerable time, especially if the inmate is unable to see their family. Plus, evidence suggests that, if inmates feel isolated from society whilst imprisoned, they’re more likely to reoffend upon their release. Even something as small as a Christmas meal or phone call from a loved one can make all the difference in terms of rehabilitation.

If you’ve got a family member currently in prison, you might be anxious about how they’ll cope during the festive season, regardless of whether the enjoy a festive meal or not. There are a variety of ways you can support them during this time:

Whether you agree with Christmas meals in prison or not, it’s clear to see that being incarcerated during the festive season is a miserable experience. Rising rates of suicide and violence are a big concern, and will hopefully be addressed by the Government soon.