Should Prisons in the UK be More Like Norway’s?

Should Prisons in the UK be More Like Norway’s?

Norway’s crime rate is among the lowest in Europe and its rates of imprisonment and reoffending are among the lowest in the world. Part of the answer to how the Scandinavian nation achieves these figures could be its prisons, one of which has been called “the world’s most humane jail”. Prisoners can sit down for dinner with staff, play music, cook their own meals and learn woodwork. There’s a strong sense of community and an emphasis on preparing inmates for life after their release. Meanwhile, in the UK, rates of incarceration and reoffending remain alarmingly high. So, is it time to consider introducing elements of Norway’s “luxury” prisons to our own violent and overcrowded jails? Here’s a look at one prison in Norway, where inmates are given decent conditions and the chance to develop new skills before they start a new life in the community.

Halden is a maximum-security prison with three main units. Despite housing serious offenders, including murderers and rapists, it has no conventional security devices such as barbed tape, electric fences, towers or snipers. Sex offenders, who may be subjected to violence by other inmates, and people who require close psychiatric monitoring, are kept in a separate unit, and there is a special unit focused on recovery from addiction.

Halden was designed to emulate life outside jail and is renowned for its humane conditions. It was based on the government’s idea that “the smaller the difference between life inside and outside the prison, the easier the transition from prison to freedom will be”. 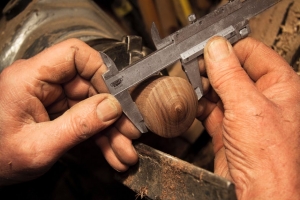 Halden looks nothing like a prison in the UK. The buildings are designed to separate home, school and work. Inmates can expect fully equipped kitchens, no bars on the windows and friendships with guards. Each of Halden’s 252 inmates is given a cell equipped with a fridge, flat-screen TV and en-suite bathroom. There are Moroccan tiles and large-scale pictures of flowers and Parisian streets, and interiors are made of steel, brick and wood rather than concrete.

In a recent documentary, American prison warden James Conway visited Halden to learn more about Norway’s approach to rehabilitation, and saw inmates sitting down for dinner with prison officers.

“This is prison utopia,” he said.

“I don’t think you can go any more liberal, other than giving inmates the keys.”

Are Norwegian Prisons Too Luxurious?

Some people are strongly critical of Halden Prison, arguing that its inmates have committed serious crimes and do not deserve the “luxury” that it provides. Rightwing politicians in Norway have also been critical of Halden for housing foreign offenders, arguing that its facilities should be reserved for citizens of Norway. But for now, the Norwegian government is committed to this ground-breaking approach, and its rates of crime, recidivism and incarceration speak for themselves. Halden’s director Are Hoidel said: ““Every inmate in Norwegian prison is going back to society. Do you want people who are angry or people who are rehabilitated?”