Rates of reoffending in the UK remain worryingly high. At present, around a quarter of ex-inmates go on to commit another crime within 12 months of being released. For adult offenders with 11 or more crimes under their belt, this figure is unsurprisingly higher – with around 45% going on to commit further offenses.

As Liz Truss identified recently, the situation needs to be addressed. In a recent report , she identified that reoffending inmates cost the country around £15 billion; which equates to £630 per household. Scientists believe they’ve found a solution – by offering ex-offenders prescribed drugs on their release.

Here’s some more information about their surprising findings. 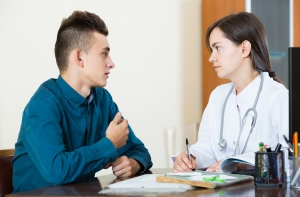 A study (recently published in the Journal of the American Medical Association) made a startling discovery. When given a course of psychiatric drugs, ex-prisoners are significantly less likely to reoffend.

The research, which was carried out in Sweden, found that offering this treatment made violent ex-offenders calmer, which in turn, reduced the likelihood of them committing another violent crime. Additionally, the drugs helped them to readjust to normal society, even after years of imprisonment.

Details about the Study

The research involved 22,275 former inmates in Sweden, who were released between 2005 and 2010. Their progress in the outside world was assessed until the end of 2013.

During this time, the inmates were offered either antipsychotic drugs, psychostimulants, or drugs used to combat addictive disorders. Those treated with antipsychotics experienced a 42% reduction in reoffending. Those on psychostimulants saw a 36% drop, and those using drugs to battle addiction cut violent assaults by over 50%.

Seena Fazel, lead researcher on the study (Oxford University Department of Psychology), commented: “This study raises the possibility that prescribed medications may provide a way to cut the risk of violent reoffending, as part of a wider package of support.”

The study also found that ex-inmates who received additional psychiatric treatments reoffended even less than those who had received the drug treatment alone. This highlighted the value of adopting a rounded approach to rehabilitation – and seeing the ‘bigger picture’.

Are Drugs the Solution?

Of course, the study raised many questions, one of the most important being – is it genuine rehabilitation if the ex-offender’s behaviour is being artificially controlled by drugs? What happens when the course of treatment is over?

These are valid concerns. If taking antipsychotic drugs merely postpones reoffending, then it isn’t really addressing the heart of the problem. However, when used alongside other meaningful forms of rehabilitation, it is easy to see how it might be an appealing option.

Even the researchers agree that rehabilitation is more than just a course of drug treatments, and needs to be supported with education, community programmes and specialist health services. Fazel concludes: “We have shown that in a population with many mental health problems and high risks of reoffending, improving adherence and links with community health services may offer an effective way to improve outcomes for the individual prisoner and also public health and safety more broadly.”