Mariusz Krezolek, who was serving a life sentence at HMP Full Sutton, was found dead in his cell on January 29th, 2016. It’s suspected that the inmate, who was in prison for the murder of his stepson, killed himself. His suicide follows just six months after the suicide of his partner, Magdalena Luczak – also jailed for the murder.

News of suicide in UK prisons is becoming alarmingly commonplace. The Howard League for Penal Reform have been highlighting the problem for years, but as yet, nothing has been done to tackle the issue.

In 2004, suicide rates were at an all-time high of 96. However, at the time, the government addressed the issue, and rates came sharply down. However, since 2013, there has been a marked increase once again – and in 2015, figures were back up to 89 suicides in the space of 12 months. (The Howard league recently released this to the press; Suicide in prison: 89 took their own lives in 2015 )

Approximately 40% of the suicide cases were inmates on remand – even though remand prisoners only account for 15% of the total prison population.

The government were swift to point out that the rising suicide rates coincide with a rising prison population. However, the actual statistics show that the death rate per 1,000 inmates has also increased in the last ten years – and that it’s not merely a case of ‘more prisoners, more deaths.’

Organisations such as the Howard League believe that overcrowding is a contributing factor to the problem. As more inmates are packed into prisons, conditions deteriorate, making life even more unbearable behind bars.

Frances Crook, chief executive for the Howard League, commented: “No one should be so desperate whilst they are in the care of the state that they take their own life.” She adds: “The question now for the Ministry of Justice is: what to do? This level of deaths, violence and anguish in prisons cannot continue to rise in a civilised society. We cannot go cramming more people into jails without any thought for the consequences.” 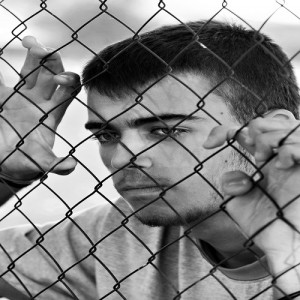 Addressing Prison Suicide in the Past

In 2014, the government were urged to launch an investigation into suicide in prison. However, Chris Grayling, then justice secretary, refused to acknowledge that the rising numbers of suicides were significant – despite The Guardian’s in-depth research identifying many contributing factors; such as inadequate inmate monitoring, poor mental health assessment, and insufficient communication with families.

This certainly wasn’t the first time that Grayling was accused of wilfully ignoring the facts. Prison service ombudsman Nigel Newcomen claimed that he had repeatedly advised the Ministry of Justice to address the growing problem, but felt his recommendations were being ignored. He stated that the scale of suicides was ‘utterly unacceptable’, reflecting a ‘rising tide of despair.’

Nick Hardwick – who until recently was chief inspector of prisons, also recently claimed that Grayling attempted to alter official prison inspection reports – particularly those that highlighted the shortcomings of the government with regards to worsening prison conditions.

What Needs to Happen?

Why are suicide cases on the rise in prisons? Overcrowded, unpleasant conditions could certainly be a contributing factor. Others suggest that reduced staff is also an issue (prison staff numbers have fallen by 30% in just two years). However, high levels of violence, drug addiction and bullying in UK prisons are also a major problem.

In order for suicide rates to stop dropping, inmates need to feel less desperate. Rehabilitation can help – though government cuts make this difficult. However, one change that would be easy for the government to implement is to allow inmates better access to their family. Even making a simple phone call to a loved one can be tricky, especially if it’s to a mobile phone – as high costs take up a large part of their weekly allowance.

Prison Phone’s cheap tariffs enable prisoners to stay in touch more easily with their loved ones – partners, children, parents and valued friends. Making it easier to phone home isn’t the only solution – but it certainly helps when an inmate is feeling desperate and alone.