Recent footage released from HMP Onley in Rugby recently hit UK headlines – showing an inmate, writhing on a dirty toilet floor, under the influence of a legal high.

The incident, which was filmed by fellow prisoners on an illegal mobile phone, highlights clearly the dangers of taking these substances. In this case, the inmate in question had been force-fed the drug as ‘punishment’ for being unable to repay a debt. Despite the substance being legal to purchase in the UK, it caused him to have a seizure.

What are Legal Highs? 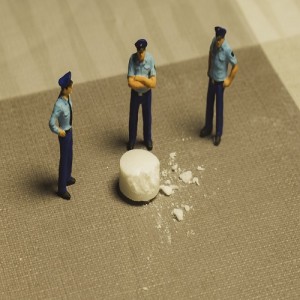 Drugs continue to be an issue in UK prisons such as HMP Onley. However, legal highs, such as Spice and Mamba, are far harder to police than illegal drugs. Despite several high profile instances where legal highs have threatened the user’s health, they remain widely available online and on the high street, making it relatively easy for them to be smuggled into prisons.

It’s a big issue – and looks set to get worse. Last year, a report revealed that inmates at HMP Bristol were admitted to hospital seven times over a six-month period, as a direct result of taking Spice – a manmade drug designed to recreate the effects of smoking cannabis. Also popular is buprenorphine – a legal substance designed to mimic the effects of heroin.

Why are They Dangerous?

As these drugs are legal, most people presume that they’re safe to consume. However, despite the fact that they can be purchased easily, the legal high market remains worryingly under-regulated. Essentially, due to its chemical make-up, there are thousands of different versions of the same drug – and knowing exactly how it will affect the person taking them is difficult.

They’re also virtually impossible to test for, and conventional drug testing in prisons is generally unable to detect these substances in the system. This makes it even more difficult for prisons to monitor and control the problem.

This isn’t the first time that legal highs in prisons have been criticised. In the past, the governor of HMP Perth, Mike Inglis, commented on the dangers of these substances, stating that “the term ‘legal high’ is not accurate, bearing in mind the contents… and the serious implications they may have on individuals and communities as a whole.”

In a bid to raise awareness in HMP Perth, Inglis invited local police to visit – informing staff about the “threats and risks of these psychoactive substances.” Likewise, the government issued a news article at the start of 2015, stating that they would be adopting a ‘zero tolerance approach’ and punishing those found in possession of the legal drugs.

However, in spite of official protests and government threats, availability of legal highs within UK prisons remains high. Why is the issue still so prevalent?

A significant part of the problem is that many inmates in UK prisons have existing drug addictions. This makes them an easy target for other prisoners seeking to make a profit – who sell legal highs to them as substitutes for illegal drugs. In fact, according to Nick Hardwick, chief inspector of prisons, the legal high trade has become so profitable in prisons that some inmates are deliberately seeking to get re-arrested after release, so they can smuggle thousands of pounds’ worth of drugs back inside.

He also revealed that use of drugs such as Mamba were so prevalent in prisons (such as HMP Wealstun) that it was placing ‘excessive demand’ on the emergency services – so much so that some prisoners had started to refer to ambulances as ‘mambulances’. It seems that, when it comes to legal drugs in prisons, business is definitely booming – and prison officials are struggling to control the problem.