It’s a common misconception that, after your arrest, your trial takes place almost instantly – and then you receive your sentence in a matter of hours. However, whilst in some cases, the trial process can be swift, on other occasions, it can be a protracted affair, and can take weeks, even months in some instances.

What Happens After the Arrest?

After you’ve been arrested, it’s likely you’ll be released on bail – unless it’s decided that you’re a danger to the community or yourself, in which case you’ll be held on remand in a prison facility.

Whilst you’re on bail, you’ll be free to return home and continue with your normal life. You can carry on working, though certain restrictions may be placed on you, depending on the nature of your crime.

Eventually, you’ll be given the official date of your trial, plus important information relating to the trial itself. Of course, you’ll need to make sure you attend – as the trial will proceed regardless of whether you’re there or not, and you can still be convicted in your absence. 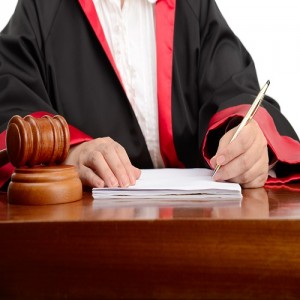 Which Type of Court?

The type of court that your trial will be held in depends upon the nature of your crime, and also your age. However, all initial trials start in a magistrates’ court. Here’s some information on each:

What Happens After Trial?

What happens after the trial depends very much on the circumstances. The judge’s or magistrate’s decision will be based on a number of factors, including evidence given, the nature of the crime you’ve been accused of, and previous convictions.

Your sentencing may involve a number of different aspects. Witnesses may be called to provide evidence, and your police interview script might be read aloud. The judge, jury or magistrates will listen to the evidence presented to them, then reach a decision based upon it.

If you are given an immediate custodial sentence, you’ll be taken to the cells immediately, and won’t be able to return home after the trial is over. If this is a possibility at your trial, it’s important to pack a bag with everything you need in it, and sort out your personal affairs before the event.