Threats, Violence and Smuggling – Why Illegal Mobiles are Problematic Behind Bars

Threats, Violence and Smuggling – Why Illegal Mobiles are Problematic Behind Bars

Most people agree that inmates need support whilst in prison. Regardless of their crime, regular contact with loved ones is an integral part of their rehabilitation process – and without this contact, inmates can swiftly become isolated, depressed or in extreme cases, violent or suicidal.

Smuggling mobile phones into prisons across the UK is commonplace. Indeed, only last month, HMP Pentonville seized a haul of mobile phones, dropped over the wall by drones. Thousands of inmates are in possession of an illegal mobile phone – and whilst some use their phones to call family and friends, others put them to far more sinister use. 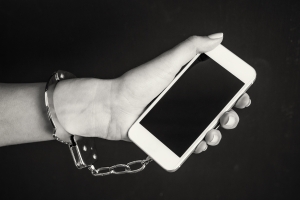 Last year, close to 15,000 illegal mobile phones were seized in UK prisons. Currently, they’re fairly easy to smuggle into prison – and inmates are using them for a variety of different purposes.

The government now recognise the severity of the problem and have taken steps to address the issue. New measures introduced in August will allow prison officers to cut off illegal mobile phones; which reduces the need for staff to physically have to find the handsets.

This is a step in the right direction and should reduce the number of incidents of mobile phone abuse behind bars. However, it fails to take into account the inmates who use their mobile for more legitimate reasons – i.e. staying in contact with their family.

At present, prisoners are faced with an unenviable decision. They can use an illegal phone, and risk the consequences – or they can use the communal phones. However, communal prison phones can prove problematic. They’re often out of order, and loved ones often don’t know when the inmate will call – which increases the risk of them being out at the time. Prisoners are reluctant to call mobile phones from the prison landline, as it’s expensive to do so. Even a five-minute chat can use up as much as a third of their weekly prison allowance.

In the meantime, Prison Phone hope to provide a solution. Our low-cost packages let inmates call mobile phone numbers from the prison payphones, at a fraction of the cost. To view our tariffs, simply click here.