A “mass brawl” broke out at a young offender institution, HMP Aylesbury in Buckinghamshire last week, resulting in the hospitalisation of an inmate and two officers.

The incident follows a stark warning from the chief inspector of prisons, Peter Clarke, that tragedy is inevitable unless conditions at YOIs improve. He said he had been appalled by his recent inspections, which have found that suicides and assaults doubled in six years. The government acknowledged that more needed to be done to prioritise the safety and welfare of young people in custody, but insists that its new custody youth service will bring about major changes, including a 20% boost to frontline staff.

Thames Valley Police said they were called to Aylesbury YOI following “a report of disorder”. Three injured people have been 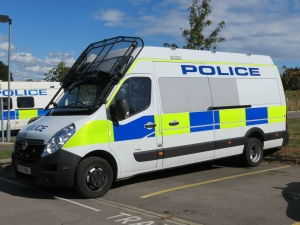 released from hospital and the prison service is investigating the incident.

Author and former prisoner Alex Cavendish said on his blog that an anonymous source within the system called the incident “horrific”.

“We didn’t have the staff. Prisoners were attacking each other with weapons – and staff.  “Staff were trying to save their lives and got battered. Some were seriously injured. Another officer was on the landing unconscious. We had ambulances and fire service in trying to help alongside our healthcare department. If anything had happened elsewhere in the jail we wouldn’t have been able to cope.  “Aylesbury is at breaking point.”

A spokesman for the Prison Service said: “An incident involving a number of prisoners took place on Friday 21 July”.

“We do not tolerate violence against our hard-working staff. Where incidents like this occur, we will always work closely with the police to push for the strongest possible punishment.”

The outbreak of violence at Aylesbury came days after a stark warning from the chief inspector of prisons that there has been a “staggering decline” in standards and safety at YOIs.

Peter Clarke said that none of the YOIs inspected in early 2017 were safe to hold children or young people.

His annual report says assaults and suicides have doubled in six years, adding: “The current state of affairs is dangerous, counterproductive and will inevitably lead to tragedy unless urgent corrective action is taken.”

Clarke was so alarmed by his inspections of several YOIs in February that he raised the issue privately with ministers and said it was the first time that not a single facility had been deemed safe for young people.

“The speed of decline has been staggering,” he said.

“There seems to have been something of a vicious circle. Violence leads to a restrictive regime and security measures that in turn frustrate those being held there. We have seen regimes where boys take every meal alone in their cell, where they are locked up for excessive amounts of time, where they do not get enough exercise, education or training, and where they do not have any credible plans to break the cycle of violence.”

The Ministry of Justice responded with the announcement that a new youth custody service with its own executive director would take over the running of the youth estate with a focus on reform, including boosting frontline staff by 20%.