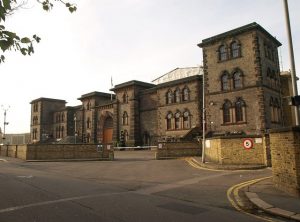 HMP Wandsworth has a rich history – and for many years, was London’s official ‘hanging prison’; with a reputation for squalid conditions and harsh treatment of its inmates. In recent years, its reputation hasn’t improved much; with recent reports branding it the ‘worst prison in the UK’. Here’s some information about the history of Wandsworth Prison, and what it’s like today. 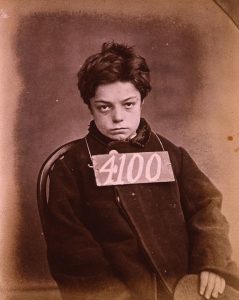 George Davey was sentenced to one month’s hard labour in Wandsworth Prison in 1872 for stealing two rabbits. He was ten years old.

HMP Wandsworth was originally built in 1851, and was called The Surrey House of Correction. Like HMP Pentonville, it was constructed in the panopticon design – which meant all cells were built around a single central area. The purpose of this design was to make all inmates aware that their behaviour could be seen at any time – thus making them (in theory) more likely to behave!

Initially, all cells had their own toilet. However, by 1870, the prison was becoming overcrowded, and the toilets were removed to make way for more cells. This meant inmates had to engage in the humiliating practice of ‘slopping out’.

The prison soon developed a reputation for having appalling living conditions and harsh punishments for inmates. It was the holding prison for the UK’s stock of the birch and cat ‘o’ nine-tails; instruments used for corporal punishment. In 1878, HMP Wandsworth became London’s official hanging prison; and 135 prisoners were put to death there in total.

Only one of the executed inmates at Wandsworth Prison was a woman, and just three were convicted of a crime other than murder. Some of the more famous people to have been sentenced to death at HMP Wandsworth were Derek Bentley; who was hung at the age of 19, due to the prosecution’s interpretation of his ambiguous phrase ‘let him have it’ after his friend murdered a policeman, and the fascist William Joyce (a broadcaster known also as Lord Haw-Haw).

Wandsworth Prison has incarcerated other notorious criminals throughout history. Notable names include Ronnie Biggs, who managed to escape from the prison in 1965, Ronnie Kray, Charles Bronson and Bruce Reynolds, the mastermind behind the Great Train Robbery. The writer Oscar Wilde was also imprisoned at Wandsworth.

Wandsworth Prison in the Modern Era 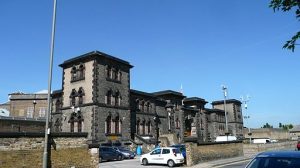 As one of the UK’s largest prisons, HMP Wandsworth is also one of the most overcrowded, and has frequently come under criticism for its practice of ‘doubling-up’ inmates in cells designed for single occupancy.

It has also faced damning criticism in official reports, with the chief inspector of prisons commenting that “Wandsworth compared badly with similar prisons facing similar challenges, and we were concerned by what appeared to be unwillingness among some prison managers and staff to acknowledge and take responsibility for the problems the prison faced.”

Fortunately, more recent reports have found that there has been some level of progress in the prison – and hopefully Wandsworth will continue to improve standards in the future.