Shocking video footage, filmed on an illegal mobile at HMP Rochester, demonstrates two men involved in a bare-knuckle brawl – in a seemingly pre-arranged situation. The fight, which was later posted to YouTube, showed one man receiving a number of blows to the face, then later washing the blood off in a sink. Comments such as “that’s how we sort things out in prison” were also clearly audible.

Although the fight didn’t cause any serious injury, the video demonstrates clearly that violence is still an issue inside UK prisons. 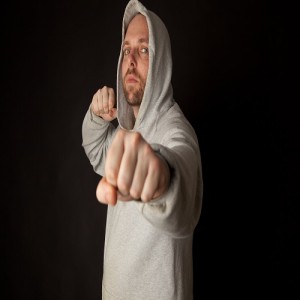 Prison violence is continually featured in the UK press. From gang violence and bullying in HMP Feltham to horrific attacks at HMP Frankland, we’re frequently exposed to stories of escalating violence in UK prisons. However, in spite of the government’s claim that they’ll address the situation, little seems to be changing.

What factors are causing levels of violence to rise behind bars… and what is the solution?

What is Causing the Problem?

What is the Situation?

Here’s a quick lowdown of the current levels of violence in UK prisons. (Source: Safety in Custody Statistics – Ministry of Justice quarterly update).

In just one week, prisons can typically expect:

These are alarming figures. Regrettably, they only look set to get worse, if the situation isn’t addressed immediately. As Juliet Lyon, director of the Prison Reform Trust, highlights; it’s “no mystery that violence, self-harm and suicide rise when you overcrowd prisons, reduce staff by almost one-third, cut time out of cell and purposeful activity.”

unannounced inspection of the training prison in Kent ( HMP Rochester)