What Happened in the Prison System in 2017?

What Happened in the Prison System in 2017?

2017 has been a challenging year for the prison system. A series of reports highlighted appalling conditions in jails across England and Wales, with soaring levels of violence, self-harm and drug-use. Drugs and former legal highs such as Spice continue to blight jails, and there has been a rise in the use of drones to smuggle mobile phones and other banned items over prison walls.

But it hasn’t all been bad news. Bold action has been taken to crack down on the smuggling of contraband which puts staff and inmates at risk. Tougher measures have led a number of convictions and send a clear message that these crimes won’t be tolerated. Although many of the year’s reports have been damning, they have placed renewed pressure on the government to address issues in the prison system, and it is hoped that 2018 will bring substantial improvements.

We have continued to cover prison news, and some of our most popular posts have been those that cover the basics – from the law on mobile phones in prison to what to expect on a first day in jail. This suggests that the government could do more to reassure families about what will happen to their loved ones when they begin a custodial sentence.

Here are some of our blog posts on the fundamentals of the prison system which have been popular this year. 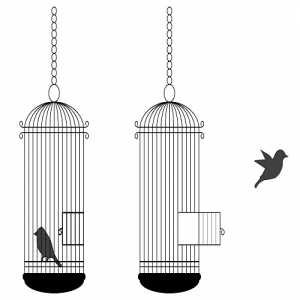 Category D prisons are often referred to as ‘open’ prisons, and inmates are permitted to leave at certain times, after official approval has been granted. This post explores the process of ROTL (Release on Temporary Licence) – and some of the issues category D prisons face, including the risk of prisoners absconding. Convicted criminals are usually placed in category B prisons if they are not considered to present the highest level of security threat. However, they are still recognised as high risk and require significant security measures to ensure they don’t escape. Category B prisons hold a range of prisoners, some of whom are serving sentences for serious offences including murder. Here, we explore whether the central goal of prison sentences should be to help people to improve their lives, or punish them for their offences. Should people be kept in uncomfortable cells without basic comforts? Or should they be helped to address their behaviour, with a focus on preparing them for release into the community?

The use of drones to smuggle mobile phones into prisons has been in the spotlight in 2017. This post details the law on mobiles in prison and reveals that it’s not only an offence to possess a mobile phone in prison, but it’s also illegal to deliberately contact an inmate on one.

What to Expect When You First Arrive in Prison Arriving at prison to begin a sentence is always daunting. Here, we delve into what happens when people arrive on their first day, from the formal interview and assessment to their first phone call.

We hope you have enjoyed reading this post and all our other weekly posts during 2017, 2018 is set to be a great year with new projects that focus on the importance of family ties being developed by a huge host of companies and charities alike.

We wish you all a prosperous new year and hope you will visit our pages during 2018 for more UK prison related news and information.