What Is the Probation Service?

What Is the Probation Service?

The Probation Service helps to keep communities safe by working with offenders when they are released from prison. Here’s a look at how probation officers work with offenders, victims, prisons and courts to break the cycle of reoffending and help people to turn their lives around.

What Do Probation Officers Do?

The National Probation Service is part of Her Majesty’s Prison and Probation Service. Its works with every part of the criminal justice system to protect the public, support victims and reduce reoffending.

Probation officers work with offenders before and after their release from jail. Their goal is to protect the community by helping people who have offended to build a better life. They maintain regular contact with 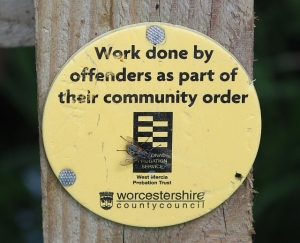 offenders, as well as working closely with the courts, victims and others.

Probation officers work with people whose risk of reoffending is considered high. When a court has imposed conditions on a person’s release into the community, such as a curfew or refraining from alcohol or drugs, a probation officer is responsible for ensuring that they stick to those conditions. Probation officers also help offenders to access education, find a job and develop positive ways of getting involved in their community.

Probation officers visit prisons, where they work with inmates to help prepare them for release. They work closely with prison officers to minimise the risk of reoffending and use their risk assessment and management expertise to make their transition into the community as safe as possible.

Probation officers are often asked to write reports on offenders they have worked with before they are sentenced for a crime. The officer speaks to the police, the offender and other agencies before compiling a pre-sentence report. The report includes information on the offence, the offender’s background and circumstances and the risk they pose to the public.

Probation recently fell under the spotlight after the government outsourced the supervision of serious offenders to private contractors such as Sodexo and OCS. The government’s Transforming Rehabilitation programme saw probation trusts replaced by the National Probation Service and 21 Community Rehabilitation Companies (CRCs), which were intended to handle only low-risk cases. Since the change in 2014, the number of people who have committed a further serious offence while under the supervision of probation has risen from 429 to 517. A recent report found that the National Probation Service is working effectively, but CRCs are not. The report found that CRCs are in fact handling “medium-risk” cases, involving offenders who could commit serious further crimes.