Can Prisons Cope with Modern Technology?

Can Prisons Cope with Modern Technology?

Recent figures released by the Ministry of Justice reveal that there have been seven attempts to smuggle illegal items into prisons across the UK, using drone technology.

HMP Ranby Prison (Notts) and Onley Prison (Warks) has been the most severely targeted; with three attempts at each location so far. Contraband items included drugs, weapons and even mobile phones. Steve Gillian, from the Prison Officers Association, responded by commenting: ‘This is clearly a new threat and something the prison service are going to have to think about contributing extra resources towards dealing with.’ 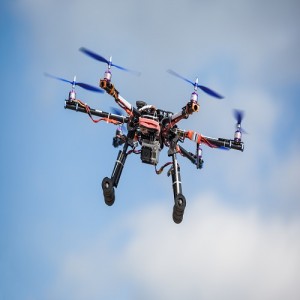 Are drones like this getting drugs and phones in the UK’s prison’s?

The Implications of Drone Technology

Of course, issues arising from use of drones is nothing new; and according to media reports, drones have been used in a variety of suspicious ways, such as examining properties to assess their suitability for burglary, and even to take images of children in playgrounds.

However, the use of drones to smuggle contraband goods to prisoners presents a significant issue to prisons across the country, particularly given that they are already financially stretched. Indeed, government cuts have already been blamed for the rise in numbers of assaults and reduced rehabilitation programmes. So where exactly are the government going to find the funds to combat the problem? And, have there been more drone smuggling incidents that have gone undetected?

According to a source reporting to the Irish Independent, after a similar incident involving a drone occurred at Dublin’s Wheatfield Prison: ‘It can’t be ruled out that these drone devices have not been successfully used to get drugs in before.’

Illegal use of mobile phones has always been a problem within prisons across the UK. Part of the reason mobiles offer so much value to prisoners is due to lack of access to a landline phone. According to a report in the Guardian, most inmates are only able to make calls during prisoner association periods; which can be as little as just one hour a day. Unsurprisingly, this causes conflict between large numbers of prisoners eager to make calls within a restricted period of time, and can result in fighting.

In the light of this, it is hardly surprising that prisoners turn to illegal methods to make phone calls, including smuggling the devices in via drone technology.

Recognising the Value of Communication

Currently, the prison system seems to be largely ignoring the importance of enabling inmates to maintain regular contact with loved ones back home.

In 2013, the Ministry of Justice claimed that it agreed with the Prison Reform Trust in that using the internet could help prisoners to ‘learn skills that will help in their rehabilitation and reduce their risk of reoffending.’ Given the freedom inmates now have to communicate via the internet, it seems counterintuitive to limit access to phone calls; especially given the benefit the additional support from loved ones could have on their rehabilitation.

Simply allowing prisoners more access to landline phones will not solve the problem, as it still costs a significant sum of money to call a mobile number. This essentially still forces prisoners to smuggle in mobile phones in an attempt to call their family cheaply.

Prison Phone aim to offer a tangible solution; allowing inmates to call mobile numbers from the prison landline, without spending a substantial portion of their small weekly allowance. To find out more about our services, simply visit prisonphone.co.uk.