In the previous articles, we examined two of the companies currently managing private prisons within the UK; Serco and Sodexo. Now, we turn to the third major player in the private justice sector; G4S.

G4S were responsible for the UK’s first fully private prison (designed, constructed, financed and managed); HMP Altcourse. They won the contract under the Conservative government in the late 1990s, and further private prison contracts were awarded by the Labour party in the years that followed.

G4S currently manage 5 prisons across the UK. Like Serco and Sodexo, their performance has been marked by negative inspection reports and damning articles in the media.

Originally formed under a different name in Copenhagen (in 1901), the company became G4S over a hundred years later in 2004, when it merged with Securicor. It is now globally the largest security company, and employs over 618,000 people; making it one of the largest private employers in the world.

G4S currently manages 5 prisons in the UK. These include:

Previously, G4S also managed HMP Wolds, but lost the contract in 2012. This decision followed a report from the HM Inspectorate of Prisons, which stated that under G4S’s management, the prison showed ‘clear weaknesses’, with poor behaviour and significant drug usage among inmates. 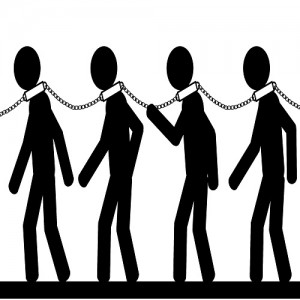 According to G4S’s own website, the company is dedicated to rehabilitation; ‘creating people who are ready and willing to work’. They state that they already have 400 prisoners working 40 hours a week and highlight the benefits to both businesses and inmates; with a focus on helping them to ‘return to their communities ready, able and willing to work.’

The site also uses a quote from the Rt. Hon Kenneth Clarke, who states: ‘Part of their earnings goes to fund services for victims of crime and because these prisoners have got some skills, they are less likely to return to prison. I want to see hard work flourishing in every single jail in the UK. I believe that if we want prison to work, then our prisoners have got to be working and I call on business to get involved.’

The Official Verdict on G4S?

Of all the private prison management companies examined in this series, G4S have undoubtedly been the subject of the most controversy.

Of course, the company gained significant notoriety in 2012, due to its ‘totally chaotic’ mismanagement of security at the London Olympic Games. Indeed, according to a report in The Guardian, G4S won the £284million contract on the basis that they would provide 13,700 guards, but in the lead up to the event, only had 4,000 in place.

In addition to this, G4S were also involved in the tagging scandal in 2013; when they were found to have overcharged the government for electronic tags. A large number of the prisoners supposedly tagged by G4S were found to be overseas, back in prison, or deceased. They later agreed to repay the government £108.9million in 2014, and a spokesperson for the company acknowledged that it had been ‘an extremely challenging year’.

Questions have been raised regarding their policies on prisoner labour too. According to the ‘Stop G4S’ site, the company only pays its inmates £2 a day. Indeed, they state on their own site that one of the benefits they offer to businesses is ‘a committed workforce and low overheads’. The demanding hours, low payment and working conditions that the prisoners experience seem to be alarmingly close to slave labour.

One of G4S’s prisons, HMP Oakwood, also fell under considerable scrutiny, when it was found to be one of the worst performing prisons in the country by the Ministry of Justice. HMP Birmingham was also in the firing line for underperformance and for not hitting targets. G4S were later fined for this, and a spokesman for the company acknowledged that ‘while we always strive to deliver all elements in full, we accept that we should be penalised if we don’t’.

The company has also been accused of abusing migrants in immigration detention centres, using unacceptable force in certain incidences, and even of torturing inmates in one of their prisons in South Africa.

Private Prisons: Boosting Britain’s Economy… or an Albatross Around its Neck?

In the final instalment of this series, we’ll be examining the roles of private prisons in the UK and exploring both the benefits and disadvantages of privatising the justice sector.