Since his election as Leader of the Labour party on the 12th September, Jeremy Corbyn’s political stances have been under close scrutiny. As one of the party’s most decidedly left leaders in decades, many of his policies have already been derided by other parties and the media alike; with the Tories declaring him a ‘threat to national security.’

Given Corbyn’s previous comments about the current prison system under Conservative rule, it seems likely that, should he become Prime Minister, his approach would be radically different. Here’s a few of Corbyn’s past statements under the spotlight. 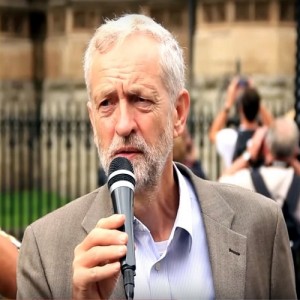 Labour’s aversion to privately run prisons, such as HMP Oakwood, is well documented. In the past, London Mayor candidate Sadiq Khan (previously shadow Justice Secretary), criticised Conservative plans to build ‘super prisons’ and to outsource their management to private companies such as Sodexo, Serco and G4S. Khan expressed his horror at HMP Oakwood, stating: ‘Believe me, it’s a model of how not to run the rest of the prison system!’

Likewise, Corbyn has been similarly vocal in his disapproval of privately run prisons. In December 2014, in light of the fraud allegations against G4S and Serco, he asked Chris Grayling whether or not the government would be considering them for further contracts. Grayling refused to answer, claiming that ‘for legal reasons’ he couldn’t discuss any tendering processes.

In February this year, he also highlighted in the House of Commons that Paul McDowell, who had been given the position of Chief Inspector of Probations, had family connections to Sodexo. McDowell has since resigned.

In the past, Corbyn has been vocal about his belief that the justice system should be rehabilitative, not punishment-focused. In 2014, he put the following question to the Houses of Parliament:

‘I invite the hon. Gentleman to consider for one moment that societies that obsess solely about punishment often end up with large prison populations and a very high rate of reoffending. Countries that go in for a combination approach, including a rehabilitation process, often end up with smaller prison populations, less reoffending and less crime.’

Philip Davies, a Tory MP, responded with one word: ‘Garbage’.

Interestingly, Corbyn seems willing to publically demonstrate his belief in rehabilitation. Recently, he appointed Mike Watson, a convicted arsonist, to his frontbench, with the party statement: ‘Lord Watson was readmitted to the Labour Party in 2012 and following his rehabilitation it is right he should be allowed to play a full part in public life.’

However, other parties saw it as a desperate move. A spokesman for the SNP commented: ‘It reflects how Jeremy Corbyn seems to be scrambling around for people to work with, which in turn is further proof of the deep divisions within the Labour Party.’

Lord Falconer was one of the first people appointed to Corbyn’s frontbench, though has actually been serving as shadow Justice Secretary since Sadiq Khan’s departure in May 2015. A long-serving member of the Labour party, he was Lord Chacellor under Blair, and oversaw the creation of the UK Supreme Court and the Ministry of Justice.

Before Corbyn’s victory was announced, Falconer said that he hoped the new leader would focus on mending the ‘once much admired’ justice system. He also suggested that Michael Gove was ‘failing in his constitutional duty to ensure there genuinely is access to justice.’

However, tensions are already evident between Corbyn and Falconer, with the latter claiming he will quit the frontbench if the Labour Leader continues to campaign for a UK exit from the EU. He stated: ‘If the Labour party adopts a position which says we might leave the EU and might argue against it, then of course, my position would become impossible.’

Implications for the Future?

Of course, Corbyn’s policies still remain fairly speculative, and with doubts raised as to whether or not he’s an electable candidate for Prime Minister, it is uncertain whether his plans for the prison system will ever come to fruition.

However, one thing is clear – his policies mark a new era for Labour, with a far more distinct lean to the left.