According to recently released statistics, 100 babies spent time behind bars last year. Most of the mothers had given birth whilst in prison, and after the birth, some were moved to specialist mother and baby units within the prison itself.

However, the situation is fraught with issues and raises many questions. Should babies spend their early days in a prison environment? Should mothers have the right to have their babies with them? Or – more controversially, should women with babies be released, to ensure a better life for the child? 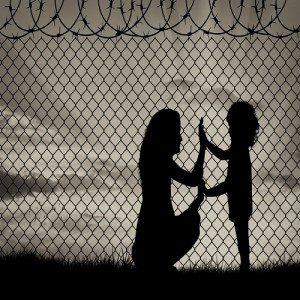 Babies in Prison – The Current Situation

Technically speaking, a pregnant female prisoner may apply for a space in a mother and baby unit when they enter prison. However, this doesn’t always ensure she will get one. Places are limited, and the woman may be moved to an alternative unit –taking her further away from her family back home. I

In the event that all units are full, Social Services are called in, and the baby is found alternative accommodation – ideally with a member of family. However, where no appropriate care can be found, the baby is placed into foster care. According to a study carried out in 2015, numbers of rejections for mother and baby places in prison were high, and only 5% of children remained in the family home when their mothers are imprisoned.

It’s certainly not an ideal start in life. Even David Cameron admits that the situation needs to be addressed. He states: “There are actually women in these prisons who were born in the same prison 20 years earlier, and then have ended up there later as criminals themselves. Think of the damage done to the life chances of these children.”

Studies suggest that having babies with them in prison helps mothers to rehabilitate more successfully. However, a 2015 study in Ireland showed that caring for babies in prison was stressful. Mothers were uneasy about other prisoners being in contact with their child, and arranging visits with family outside prison was challenging.

Additionally, facilities in the mother and baby units, although designed to be stimulating for the child, cannot replace the breadth and depth of stimuli in the outside world. Charities such as Babies in Prison; who provide toys, books and other activities for children in prisons, are suffering due to funding cuts. And sadly, even the units themselves are under pressure – as HMP Holloway’s recent closure highlighted. There are now only six prisons which have mother and baby units:

Reducing Numbers of Women in Prison

David Cameron suggests that it is time to ‘break the cycle’ – with a focus on reducing numbers of women behind bars; which in turn, will reduce the baby population in prisons.

He suggests that we “find alternative ways of dealing with women prisoners with babies, including tagging, problem-solving courts and alternative resettlement units.” In addition to this, he announces plans to launch a satellite tracking scheme this year – in a bid to allow more mothers to leave prison and be with their children.

It sounds like a sensible scheme – reducing the prison population, whilst allowing babies to remain with their mothers. However, only time will tell how the tracking programme works in reality.