Recent tabloid reports revealed that there is a serious rat infestation at HMP Humber, with some inmates having to live with rats in their cells, crawling on their desks, and even running across their beds.

The UK medium-security prison, which currently houses around 800 male prisoners, has had a rat problem for some time, and the press are claiming that the infestation has, until now, been covered up by prison management. 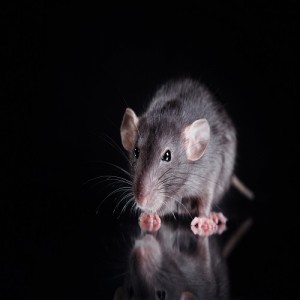 ‘They Are Literally Everywhere’

According to a source, the situation is becoming out of control. The source claimed that ‘one prisoner was kicking off after one (rat) ran across the bed in his cell.’ He added, ‘If you have rats in your house you can go out. But this lot are stuck behind bars with them. The problem is just enormous.’

In addition to inspiring fear in many people, rats also present a health risk – as many carry weils disease, which can be life-threatening. Glyn Travis, a spokesman for the National Prison Officer’s Association, said that he felt the prison had deliberately withheld information about the problem. He added that the association was ‘extremely concerned this has not been reported in any of the formal meetings with the management.’

Regrettably, HMP Humber isn’t the only UK prison with a rat problem. Only two months previously, HMP Winchester received damning reports about its ‘unbearable’ conditions, which highlighted the extent of its rat infestation problem, caused by rubbish piles left outside the prison windows.

In the past, other prisons have also experienced problems with vermin, with one inmate from HMP Ford claiming that they have to ‘fight with the rats’ to get food. He also stated that ‘an inmate chased a rat the size of a kitten out of the kitchen, yet they still prepared the lunchtime meal in there.’

Rats, like many other animals, are attracted to food waste and dirt – which is an escalating problem in prisons. The issue isn’t just restricted to rats. Prisons such as HMP Pentonville and HMP Horfield have experienced cockroach infestations as a result of the dirty conditions inside, and HMP Rochester had a serious mouse infestation in 2013.

Likewise, other prisons, such as HMP Brinsford and HMP Wormwood Scrubs, have received criticism for their poor living environment, with inmates having to endure unsanitary conditions, including discarded litter in the corridors, dirty cells, and filthy toilets and showers.

Once again, it seems likely that staff shortages and restricted budget is to blame. Last year, cuts to the justice system equalled £249million – yet the prison population continued to rise. It’s unsurprising that prison living conditions continue to deteriorate. If the money isn’t there to fund clean-up operations, then who else will deal with the problem?

Once again, it’s a clear sign that making significant cuts to the justice system, without any clear plan to improve the existing infrastructure, does not work. It only results in further decline in prison standards – and less staff on hand to address the issue.