Rehabilitation is a complex issue, and one which never ceases to divide opinion. Some, most notably new Justice Secretary Michael Gove, suggest that the death penalty is a suitable way to deal with serious offenders. Others are of the opinion that, in order to reduce rates of reoffending, proactive rehabilitation is the only solution. 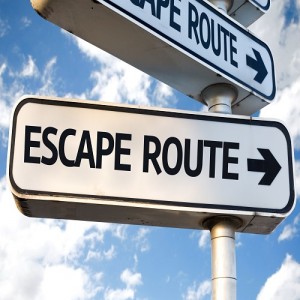 The rehabilitation / punishment debate is as old as the justice system itself. Should inmates be made to feel ‘punished’ for their crimes; forced to stay in uncomfortable cells, without any modern comforts? Or should they be actively encouraged to address their behaviour, with a focus on preparing them for release into the community?

Of course, there’s no clear-cut answer to this issue. However, one thing is certainly clear. Dumping increasing numbers of criminals into ever more crowded cells isn’t the solution. Indeed, as a result of this approach, the UK is currently in the midst of a prison overcrowding crisis, with many establishments struggling to cope with the numbers of inmates incarcerated.

As a result, it’s hardly surprising that government reports continue to denounce prisons as ‘underperforming’, ‘challenging’ and ‘of serious concern’. Even more alarming is the fact that rates of reoffending still continue to rise. Whilst it may seem like ‘justice’ to punish an individual for his or her crime, for society as a whole, the ‘throw them into the nearest prison cell and leave them’ approach is causing serious problems. 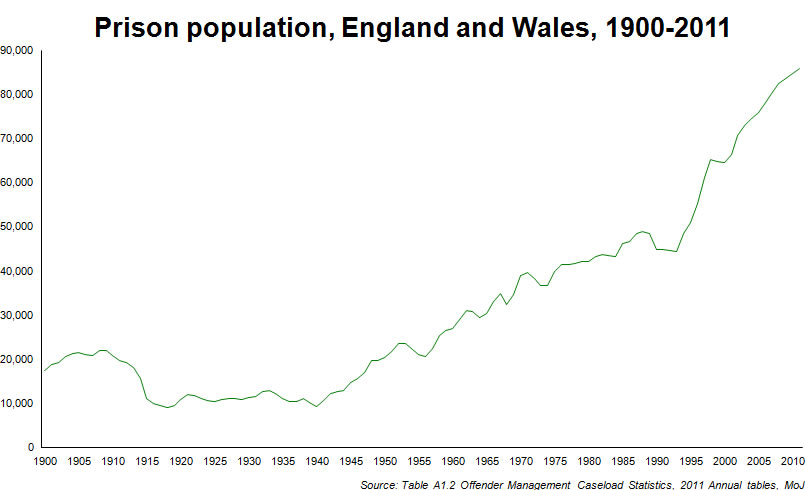 In 2011, Peterborough Prison launched a new rehabilitation programme, which used money raised from charities and social investment groups to help incentivise inmates on their release, in a bid to discourage them from reoffending in the future. The money was used to help ex-inmates rebuild their lives; assisting with housing costs, education and finding a job. They also had access to mentoring and support.

Kieron, an ex-inmate of HMP Peterborough, comments: ‘I have been able to find housing ever since being released, and that has kept me away from that world. I have purpose again and I just want to live a normal life.’ By 2014, the programme had brought about an 11% reduction in reoffending. HMP Doncaster, which also piloted the scheme, has also experienced a drop in reoffending rates.

Whilst many people in the UK would welcome harsher prison conditions for inmates, in Norway’s Bastoy Prison, the approach is rather different. This island-based prison allows inmates to enjoy sports, relax on the beach and take part in meaningful work. There’s also sunbeds, a sauna, a cinema room and a well-stocked library.

On the face of it, this seems like a strange approach to imprisonment. It seems a little uncomfortably close to rewarding an offender for their crime, rather than punishing them. However, at 16%, Bastoy’s rates of reoffending are lower than the rest of Norway, and considerably less than here in the UK. Whilst creating ‘hotel’ conditions for inmates is unlikely to be embraced in this country, it’s certainly worthwhile exploring just why Bastoy Prison is succeeding when it comes to rehabilitation and resettlement.

Unfortunately, a number of UK prisons have been condemned for their lack of commitment to rehabilitation. Privately run HMP Oakwood and HMP Thameside have both been heavily criticised in the past, results which very much contradicted Chris Grayling’s promise of a ‘rehabilitation revolution’ brought about by the private justice sector.

Likewise, HMP Wandsworth, which is currently the UK’s largest prison, not to mention one of its most overcrowded, has been criticised for leaving inmates ‘banged up’ in their cells, with little opportunity to receive education, support or exercise. 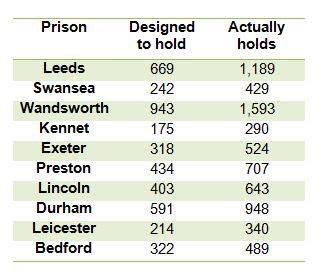 Prison Phone believes that rehabilitation is the only way in which inmates can return to normal lives after their time in prison. Without this vital combination of education, guidance and support, it’s virtually inevitable that they’ll return to a life of crime; after all, if no other options are presented to them, then what choice do they have?

Erwin James, writing for The Guardian, sums the matter up succinctly. He says: ‘If they need education, let them have it. If they need work skills, given them training…. These simple measures are all it would take to bring a better public safety and cost efficient outcome by ensuring that more people come out of prison able, willing and motivated to be good neighbours.’

A vital part of the rehabilitation process is support, which is at the heart of what we do. Prison Phone offer a range of competitively priced phone tariffs, enabling inmates to stay in touch with loved ones at a fraction of the cost of normal landline to mobile calls.