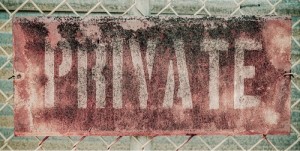 Privatisation in the justice system is not a new phenomenon. Introduced in the 1990s under the Conservative government, the first private prison in the UK was HMP Altcourse, which opened in December 1997.

Since then, several other prisons have become privatised; in spite of strongly divided opinion amongst the general public. In a poll undertaken by Populus in 2012, 49% of participants indicated that they were uncomfortable and 23% stated they were very uncomfortable with the concept of private prisons.

Regardless of the general opinion of the British public, private prisons have become an integral feature of the current UK justice system. One of the most prevalent companies in operation is Serco, which currently operates 6 adult prisons in the country and one juvenile Secure Training Centre.

Serco: Who Are They?

Once named by The Guardian as ‘the company that is running Britain’, Serco is an international corporation, listed on the London Stock Exchange. Originally a supplier of services for the cinema industry, the company now has many contracts with governments across the world; within the penal system, defence, transport, aviation, education and the NHS.

In just 2012 alone, Serco’s workforce grew from 10,000 to 53,000; and according to the Daily Telegraph, in the same year, British government contracts accounted for 40% of the company’s revenue.

What the Company Claims

On their website, Serco states that they are focusing on ‘rehabilitating offenders’ and ‘public service reform’. Additionally, on Justice.gov.uk, they explicitly state their support for the current government’s ‘Tough but Intelligent’ approach; and enforce control using ‘tough incentives and earned privileges’.

On the same site, the company comments that ‘by realising our vision, we will break the cycle of reoffending, unlock potential and create real opportunities for change.’ Of course, the focus on reducing rates of reoffending is in line with current government aims; though given that rates of reoffenders has risen considerably in the last few years, it seems that Serco, much like the rest of the prison system, has not achieved this goal.

What Others Have to Say

It’s fair to say that Serco does not enjoy a good reputation within the UK. In 2013, they were the subject of considerable scandal, when they were accused of overcharging the government for tagging devices. Upon closer investigation, some of the criminals apparently tagged with devices issued by Serco were found to be either out of the country, back in prison, or dead. It’s believed that they overcharged the government by as much as £50million. Later, Serco ‘apologised unreservedly’ for the incident, and repaid the government £68.5million.

Additionally, HMP Thameside was among the Ministry of Justice’s top three underperforming prisons in 2013. G4S, another private company operating several prisons within the UK, also featured on the list. Among the problems highlighted was the issue of inmate neglect; and of not providing prisoners with enough stimulus or support. Serco have responded by indicating that they are now allowing certain inmates to be outside their cells ‘during the core part of the day’, and that they would be offering additional support for prisoners with mental health issues.

Juliet Lyon, from the Prison Reform Trust, comments: “Questions need to be asked about why the same private companies who are running two of the three worst performing prisons in England and Wales, according to the Ministry of Justice’s own ratings, still seem to be expected to take on the majority of probation contracts.”

In other areas, such as Serco-operated health services, criticisms have arisen concerning poor working conditions, fraudulent activity and understaffing.

In the next post, we’ll be examining Sodexo, another key corporation controlling the private justice sector in the UK.