In the United Kingdom, we have two distinctive prison services. It is the responsibility of the National Offender Management Service, or NOMS for short, to deal with correctional services in England & Wales. NOMS control the rules for prisons such as HMP Hewell in Tardebigge, Worcestershire, HMP Birmingham on winson green road in Birmingham and HMP High down in Banstead, Surrey.

In Scotland, it is the Scottish Prison Service, or SPS, who takes responsibility, controlling prisons such as HMP Barlinnie in Glasgow, HMP Edinburgh and HMP Kilmarnock in Ayrshire.

Whilst, for the most part at least, the two organisations perform the same type of role there are a few key differences between them. That is what we are going to take a look at on this page.

Perhaps the key difference, barring the number of people that each service caters for, is the age of the organisation. NOMS in England & Wales was formed back in 2004. Prior to that date, the prison service was a little bit bloated. There were two distinct services. You had the probation service and the prison management service. This meant that managing offenders was pretty difficult. You would have them passed from one service to another. 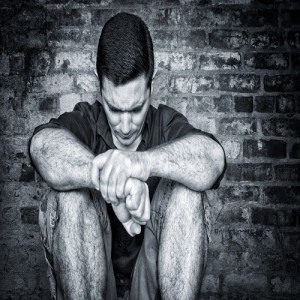 This was a highly inefficient method, particularly when the prison service was looking to cut costs as much as possible. Patrick Carter, a businessman, suggested that the Labour government should look to combine these two services. His report, Managing Offenders, Reducing Crime: A New Approach, spurred the government on to make these changes. The organisation, in the grand scheme of things at least, is still relatively new and thus it is not as efficient as it can be at the moment.

Another key difference between the services is the fact that the Scottish Prison Service is having more money pumped into it. A great deal of this money is intended to lower reoffending rates. This, as you will see soon, has been fairly successful. The Scottish government are injecting a lot of money into the system to help ensure that inmates are ready to ‘face the world’ once they are released. They are working hard to ensure that all prison inmates have access to what they need once they leave the prison service (housing, education, health services etc.).

The England & Wales prison service is not benefitting from this quite as much. The government over the years has drastically reduced the amount of money being put into the prison service. In fact, right now the prison service can barely afford enough prison staff to keep tabs on the inmates let alone create sufficient programs that will cut down on the reoffending rate. This has led to a huge rise in violence in prison and an increase in reoffending rates year after year.

Budget constraints meant that NOMS can only do so much in terms of rehabilitation. At the moment the prison service in England & Wales, whether it wants to be or not, seems to be purely focused on making prison a ‘punishment’ as opposed to a way in which to rehabilitate people. This is not what prison is all about. I am however sure that if the government injected more cash into the prison service this would change. More staff means the ability to offer more rehabilitation programs and people would see prison as less of a ‘punishment’

It is worth noting that whilst both governments are trying to push for fewer people to be sent to prison, perhaps by imposing community sentences or fines, the prison population has been rising year on year in both prison services. It is unknown why this actually is. There has been a substantial amount of evidence that shows that judges are reducing sentences drastically delivering the ‘minimum sentence’ possible in many cases.

So, what about those reoffending rates?

Obviously both prison services have a lot to do in order to cut down reoffending rates. However, it is clear that NOMS needs to do a lot more in terms of rehabilitation. The only way in which they will be able to do that is to obtain more funding from the government and invest more cash into that area.

It’s also clear that the Scottish government investing in rehabilitation is really working and sadly the cuts made by the current justice secretary are hitting NOMS very hard indeed, this is ultimately costing the taxpayer due to the cost of re-offending.