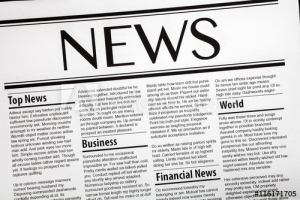 Prisoners at HMP Long Lartin took control of a wing in the prison this week, forcing prison staff to retreat.

10 prisoners were part of the riot at HMP Long Lartin.

Prisoners attacked staff with pool balls and one officer was rushed to hospital with severe injuries.

A specialist unit of prison guards was sent into the prison to restore order.

The disturbance has now been resolved but the issues have raised many questions of the management of the prison.

Liam Lazenby was put in the same jail as Daniel Bishop, who abused and killed his 2-year-old sister 15 years ago.

Bishop was married to Lazenby’s mother at the time, who was also jailed for child neglect.

20-year-old Lazenby was jailed for stabbing a man while high on drugs, sentenced to six years. The court ruled that his behaviour was a result of his childhood trauma and being taken into care at the age of five. 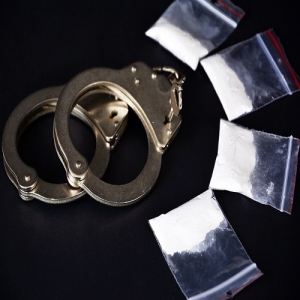 Roger and Sue Clarke, 72 and 71 respectively, were convicted for smuggling £1 million of cocaine on a luxury Caribbean cruise.

The couple were caught smuggling £1 million worth of cocaine on a Marco Polo cruise travelling from Caribbean to Europe. As the ship entered Lisbon, the couple’s four suitcases were searched and cocaine was found hidden in the lining, adding up to 9kg.

They attended a one-day trial at a criminal court in Lisbon, Portugal and received eight years to be served in Portuguese prisons.

The judge told Mr and Mrs Clarke: “You are not drug users. You clearly did this because of the high profits”.

The couple were very surprised at their sentence, thinking they would get a maximum of four years in prison.

Perhaps the sentence seems harsh, but the judge insisted that the couple were in it for the money, and she didn’t want Portugal to become a drug smuggling network.

A former inmate who served time at the same prison as Vanessa George claimed that she received special treatment in HMP Send in Surrey.

George was recently released after serving a ten-year sentence at HMP Send in Surrey. She was jailed for abusing children in her care when she worked at a nursery in Plymouth.

The former inmate claimed that she was given a range of privileges including a television in her cell, arts and crafts activities, laundry services and food delivered directly to her cell.

She was also given net curtains in her cell and chose her own bedding and pillows, a privilege many prisoners do not get easily.

The inmate also said that George acted arrogant and got away with talking to fellow prisoners and staff members in a rude manner.

It seems that many of these measures are taken in order to protect George from the other inmates, who would seemingly not receive her well considering her crimes.

However, many people have complained that her sentence was too short and her treatment too luxurious. Some members of the public have even believed that she shouldn’t have been receiving any protection during her sentence. It is clearly a complicated case among the British public.

Darren Timson-Hunt, former government lawyer, admitted one count of operating equipment underneath the clothing of a woman without consent, also known as ‘upskirting’. He has received two years community order rather than any prison time for his crime.

On the 1st July, Timson-Hunt was charged with using his mobile phone to obtain explicit photos of a woman underneath her skirt. The crime happened when Katie Bryan, victim, was at Embankment underground station in London on the way to a job interview.

Upskirting is defined as someone taking a photo or video underneath somebody else’s clothing without consent, with the intention of seeing their genitals. It was made illegal earlier this year.

The 54-year-old from Essex is one of the first to be convicted under the new upskirting law, along with three others before him.

He attended Westminster magistrates’ court on Thursday to receive his sentence.

Members of the public believe he should have received jail time for his crime. However, with his two-year community order, he has also been ordered a 35-day court programme, 30 days of rehabilitation and he has been ordered to join the sex offenders register for five years. Despite not being sent to jail, his lawyer claims that “The life of this 54-year-old man has been completely destroyed by his actions on that day”.