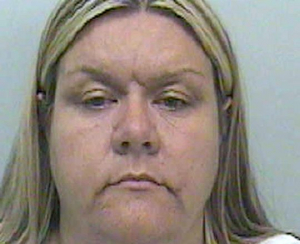 George was recently released from serving a 10-year sentence at HMP Send for sexually abusing children in her care at a nursery in Plymouth.

A former inmate who spent time alongside George revealed that she was given more privileges than the other prisoners. According to the source, she acted like a celebrity and was allowed net curtains on her cell window, food delivered straight to her cell, and given one of the nicest jobs in the prison library, where she was allowed to do arts and crafts at her own pleasure.

He also revealed that she was allowed to purchase her own bedding and pillow, a luxury that most prisoners would only receive if they earned it with hard work and good behaviour. Although a small thing in the outside world, making a cell comfortable is one of the major issues faced by prisoners.

The source also claims that George had her own television in her room, so she could avoid the communal areas in case of being at risk.

She was given extra food, and her laundry was done for her and brought straight to her cell, whereas other prisoners have to do it themselves, the source said.

The inmate also suggested that the 49-year-old was given a private room to spent time with her visitors, rather than having to sit in the visitors centre with the rest of the prisoners.

The fellow inmate said that he was appalled at her treatment, considering what she did. He understood rehabilitation is necessary but claims the treatment of George felt too excessive in this circumstance.

George was put on a small wing, reserved for well-behaved prisoners or those who the prison feels are at risk from other prisoners. This wing is called the PIPE (Psychologically Informed Planned Environment) wing, or PIPE unit. Considering her crimes, George was placed on this wing for her own protection, but her fellow inmate claimed that other prisoners on the PIPE wing were never given the same treatment.

Perhaps these measures were taken purely for her protection and to avoid violence from other prisoners. However, if these reports are true, it seems extremely unfair that someone who committed such abhorrent crimes would be treated this way. Rehabilitation, we believe, is the key to reducing further crime among prisoners, but according to this inmate, her treatment was specialized compared to the other prisoners and therefore full of inequality, which will only make things worse.

You can find the full article here: