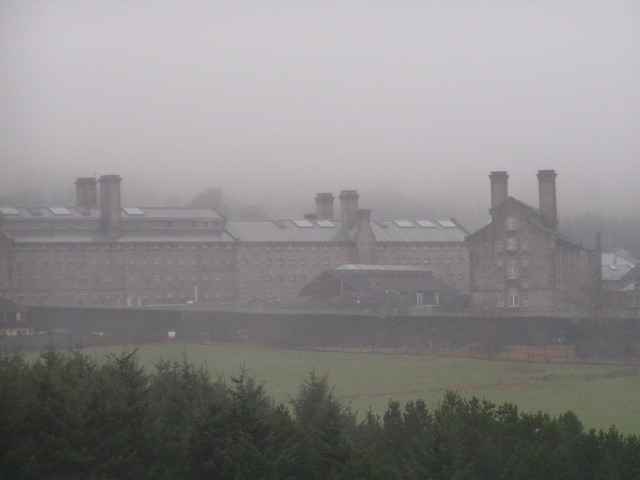 Few UK prisons enjoy the reputation of HMP Dartmoor. Situated in an isolated position in the middle of the moors, the dramatic granite building is one of the area’s most well-known landmarks – with thousands of people travelling to the prison each year to visit the museum.

However, in 2013, the government announced plans to close the historic prison. The plans will be placed on hold for ten years, as the prison officially belongs to Prince Charles’ Duchy of Cornwall – and until this time, the future of HMP Dartmoor remains uncertain.

Dartmoor Prison – A Home for Prisoners of War

During the Napoleonic War (1803 to 1815), many thousands of French soldiers were captured and taken as prisoners. Originally, the English forces housed them in redundant warships known as ‘hulks’. Conditions on these floating prisons were appalling, and many French soldiers died. As a result, a proper prison was proposed for the remaining men.

The remote location of Princetown on Dartmoor was the perfect spot for the new prison, and building work commenced in 1806. Three years later, it starting taking its first prisoners, and was full by the end of the year. The overcrowding swiftly got worse, with American prisoners now joining the French inmates – and several diseases broke out; including smallpox, pneumonia and typhoid.

After the war, the prisoners were released – and by 1816, the prison stood empty again. It was promptly closed, and remained so until 1850. However, in the Victorian era, other prisons across the UK were becoming crowded, so Dartmoor Prison was re-opened. Initially, it mainly accommodated inmates from convict prison ships – many of whom were physically or mentally ill; as the government believed the fresh moor air would benefit them.

By the time the First World War started, the prison was being put to new use – housing the UK’s ‘Conscientious Objectors’. These were men who had refused conscription; and as a consequence of their decision, they were put to hard labour in Dartmoor. During this time, the locks were removed from the cells, allowing the men complete freedom around the building. However, they certainly didn’t have an easy time during their stay in the prison. They were made to work hard, and both they and their families were generally disliked intensely by people outside the prison walls.

Despite its bleak, isolated location, several prisoners have attempted to escape over the years. In order to make a break for it, inmates had to not only get past guards and high prison walls, but also make it across the moor; which is known for being dangerous – especially at night or in bad weather.

One of Dartmoor’s most famous escapees was Frank Mitchell – also known as ‘The Mad Axeman’. Rather than facing the moors, he was picked up outside the prison by associates of the Kray Twins. However, this turned out to be a bad decision for Mitchell, who was murdered later that year by the Krays.

Many people mistakenly believe that HMP Dartmoor is a high security prison – mainly due to its imposing, high granite walls. However, it’s actually only a category C; and these days, predominantly houses non-violent and white-collar criminals.