Today, HMP Liverpool is a category B/C men’s local prison, situated in the Walton area of the city. However, the deceptively modern façade of the building conceals a history that dates back to 1855 – and hides a fascinating past that includes hangings, dangerous criminals and WW2 bombings. 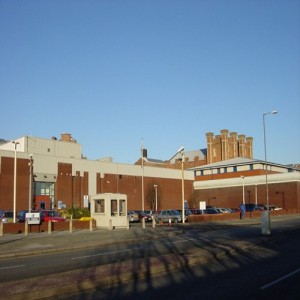 Up until recently, HMP Liverpool was called Walton Prison (or Walton Gaol in the Victorian era). It was built to replace an existing prison in the centre of the city, which had become severely overcrowded.

The original prison housed both male and female inmates – and in its time was considered one of the largest, most modern prisons in the country. For several years, it shared responsibility with neighbouring Kirkdale Prison for housing criminals from the local area – but by the time Kirkdale closed in 1892, the vast majority of inmates were housed at Walton Gaol.

Whilst Kirkdale Prison was open, both Liverpool prisons shared a gallows, with each having separate execution sheds. Between 1887 and 1964, 62 people were executed at Walton Gaol, using the ‘step free’ gallows system which had recently been introduced in the UK, and which greatly speeded up execution times.

Some of the prison’s more notable criminals sentenced to death were:

Walton Prison was nearly destroyed completely in the Liverpool Blitz in 1940. German bombs fell on the walls of the prison, partially demolishing one wing and killing 22 inmates in the process. It took 11 years for the rubble to be finally cleared, and it was only then that the body of the remaining inmate was discovered.

However, this wasn’t the only bombing that the prison experienced. Only a year previously, IRA bombers attempted to break down a wall of Walton Prison. This attempt thankfully failed.

HMP Liverpool has come under considerable criticism in recent years – with recent HM Inspectorate reports claiming that there were unacceptably high levels of violence and drugs in the prison. Poor living conditions were also highlighted, with observers noting cockroach infestations, dirty cells and broken windows.

In 2015, levels of violence had risen to such a degree that three prison officers were hospitalised after being attacked by inmates.