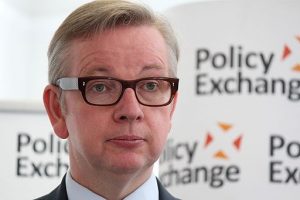 The government have now announced the six prisons piloting their prison reform scheme. Over the course of the next six weeks, we’ll be reviewing the prisons in question, exploring their history – and in the future, assessing their performance under the new reform plans.

The first prison we’ll be examining in detail is HMP Holme House. Holme House is a large local prison, with the capacity to hold up to 1,210 inmates. It currently houses both convicted and unconvicted adult men, from the age of 18 upwards.

In the past, HMP Holme House has suffered problems with levels of violence, drugs and self-harm. This was particularly the case in 2002 and 2003, when the prison experienced two major riots. Inmates were protesting against being locked up in their cells for excessive periods of time, due to staff shortages.

Although the category B prison is large and has suffered staff cuts, in recent years it has generally performed well in inspection. Indeed, independent inspections declared that there had been no ‘serious repercussions’ from the reduced levels of staff – and that this was due to the ‘resilience and professionalism’ of those working there.

As such, the County Durham prison seems like a sensible choice for the prison reform scheme.

How Will HMP Holme House Benefit?

The planned changes to the system, which the government have labelled as the ‘biggest shake-up of prisons since the Victorian times’ are focusing on long-term rehabilitation; with a view to reducing levels of reoffending.

Here’s some details about how the reform changes will affect Holme House Prison:

Will the System Work for HMP Holme House?

It’s excellent to see the government focusing on rehabilitation, and allowing governors greater freedom to manage their prisons. After all – in theory, the governors should know their establishments better than anyone else – and should know what’s best for their inmates.

However, only time will tell if the system works, and whether the government’s reform plans could become an effective solution to the current problem.