The UK prison system is currently divided into 4 categories, ranging from ‘A’ to ‘D’. Establishments in categories A, B or C are ‘closed’ prisons. Inmates in these types of prisons are regarded as ‘not trusted’ to try to escape, and are not permitted to leave the prison grounds.

Category D prisons operate very differently. They’re often referred to as ‘open’ prisons, and inmates are permitted to leave the premises (after official approval) at certain times. This process is called ROTL (Release on Temporary Licence) – and inmates may be allowed to leave to work within the community or return home for a limited period of time. 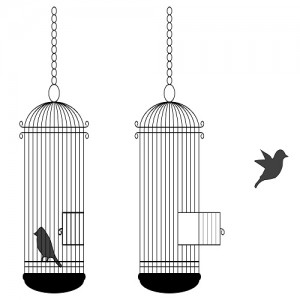 Why Do We Need Open Prisons?

One of the Category D prison’s most important functions is to gradually help inmates reintegrate with the outside world again. This is especially important if they’ve been behind bars for several years. As a spokesman for the Ministry of Justice states: ‘The main purpose of open conditions is to test prisoners in conditions more similar to those that they will face in the community. Time spend in open prisons affords prisoners the opportunity to find work, re-establish family ties, reintegrate into the community and ensure housing needs are met.’

There’s also an emphasis on the needs of the public. Successful reintegration means less likelihood of reoffending, which benefits society as a whole.

Category D prisons have been in operation since 1936. However, in recent years, open prisons such as HMP Ford in West Sussex have come under considerable scrutiny. In 2014, media reports revealed that HMP Ford had ‘lost’ close to 90 inmates, who had absconded and had yet to be caught.

Mr Gibb, Conservative MP for the region, commented: ‘It’s becoming a pattern. It says to me the wrong people are being sent to Ford Open Prison. I sense that because of the constraints on capacity in the prison service that mistakes are being made in that assessment process.’ However, Superintendent Lawrence Hobbs emphasised that: ‘Of the 89 outstanding, only eight have convictions for violence, and we are prioritising our efforts to trace and arrest them.’

Likewise, HMP Hollesley Bay, dubbed by the press as ‘Holiday Bay’ has come under criticism for its laid-back regime; and recently hit headlines when an inmate managed to successfully smuggle a pet rabbit on to the premises.

Dennis Drive, Chairman of the local Parish Council, commented: ‘The prisoners seem to just walk in and out as they please.’

According to figures, one prisoner absconds from an open prison every 43 hours. Most incidences of prison escape occur in open prisons – with some absconding because they feel they’ve been denied leave unfairly, and others leaving without permission in order to return to closed prison.

Paul, an inmate at HMP Ford, has been incarcerated in some of the UK’s most notorious prisons, including HMP Belmarsh, HMP Woodhill and HMP Full Sutton. However, he claims that serving time in an open prison is hardest of all. He commented: ‘Open jails have a mixed clientele, if you like. You’ve got long-term prisoners who have a serious perspective of jail because they know what is at stake. And you’ve got a lot of young kids, short-termers doing six months, nine months, and they just don’t care.’

The Future of Open Prisons?

Whilst absconding is a serious problem, the function of an open prison is still important. In order to minimise chances of reoffending, inmates need to be gradually reintroduced to society. They need to be allowed a level of access to the outside world, in order to get used to the idea of returning to work, being with their families again, and operating as a member of society once more.

We believe that providing inmates with the means to easily contact their family is imperative, regardless of the category of the prison they’re in. Our range of phone plans enable them to get the support they need, without using up their meagre weekly allowance making costly mobile phone calls. To find out more, visit our site.