Prisoners are shown struggling to stand and speak after using drugs in a series of online videos. The clips, published on the Jail Videos Instagram page, appear to have been filmed by inmates. The videos highlight the wide availability of drugs in the UK’s prisons – and the severe effects that people who use substances such as Spice can experience.

The picture of widespread drug use painted by these videos matches inspectors’ discovery that many inmates at HMP Humber take drugs and find them easy to buy. The report on the Category C jail in Yorkshire is the latest to identify a culture of drug use behind bars. Meanwhile, it has been reported that an inmate at HMP Humber died after using Spice, which can cause convulsions and catatonic states.

Having announced a crackdown on the smuggling of drugs, mobile phones and other contraband into jails, the Government is under more pressure than ever to make prisons safe. 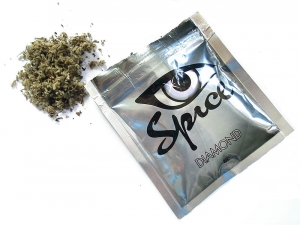 The clips published by Jail Videos provide an insight into life in prison. Inmates are shown tidying their cells after a raid, vandalising facilities and considering their options for dinner. A number of videos also appear to show men after they have used Spice, which has been linked to 79 deaths in prison since 2013.

“He’s got no control over his body – that’s what happens,” someone says in one video, as an inmate who has apparently used Spice rolls around on a bed, in a state of panic.

According to the caption on a clip of an inmate finding it difficult to speak and understand questions, he is “on the Uncle Ben’s” – slang for Spice.

In another video, an inmate is asked “What day is it?” as he struggles to stand in a cell.

Drugs are easy to buy and three in 10 inmates have developed a drug problem since the start of their sentence, according to the latest report on HMP Humber in Yorkshire.

The report describes the prison as “still not safe enough” with high levels of violence, victimisation and intimidation.

Inspectors found evidence that much of the violence at the jail was caused by a pervasive drug culture, while 38% of inmates tested positive for drugs, including new psychoactive substances.

It was also revealed that staff at the prison had started photocopying letters before giving them to inmates in a bid to reduce drug use.

The move to stamp out the smuggling of letters soaked in drugs into the prison was found to have caused “much anger” among inmates. But staff said drug use had fallen since the measure had been introduced.

Michael Spurr, head of the prison service, said: “I’m pleased that the inspectorate have acknowledged the progress made at Humber over the last 12 months.

“A robust strategy is in place to tackle illicit drug use, including a new specialist intelligence unit which will work closely with police colleagues to target drug supplies.”