There’s a lot of mystery surrounding the process of going to prison. Various films and programmes have instilled us with images of intimidating overnight cells, harsh judges and unfair policemen – but just how much of this is factual, and how much is simply good drama for the TV audiences?

This post examines what happens in the days after your arrest, and also when you attend court. It also features accounts from both ex- and current inmates, providing the real picture on what life is like leading up to a prison sentence. 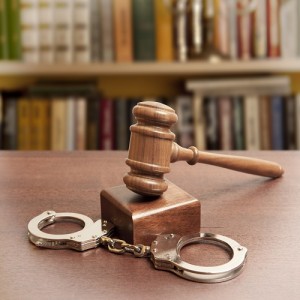 The Process of Arrest – According to the Government

The official government website outlines a clear process – identifying exactly what happens after an individual has committed a crime.

2.  During custody, the individual can expect to be searched, and for their possessions to be taken by the police for the duration of time they’re in the police cell. They will also need to have their fingerprints and various samples taken from them, plus a photograph. Anyone under the age of 18 has the right to contact an ‘appropriate adult’ to be with them whilst they’re in custody.

4. Release on bail. If the police are unable to gather enough evidence to make a charge, they will release the individual on police bail. This does not incur a fee, however, the person may be asked to return for further questioning if required. The police may issue a release on conditional bail after charging the individual, if they believe that the person in question might commit a further offence, refuse to attend their court hearing, intimidate witnesses or in some way obstruct the course of justice. Conditional bail generally incurs some sort of restriction – for example, a curfew.

5. Charging and court. If charged with a crime, the individual will be given a charge sheet, outlining the details of the incident. They can then either return home on bail until the court date, or remain in police custody. The first court hearing will either be at a magistrate’s court or at a virtual court, using online technology. If it’s decided that the crime was a serious one, it’s likely the perpetrator will be sent to prison until their official trail begins. This is referred to as being ‘on remand’.

The process of arrest, custody, bail and sentencing can vary considerably from person to person. For one of the inmates we spoke to, currently held at HMP Humber, the process was incredibly fast. He informed us that he ‘got arrested on Thursday and went to court on Friday’, then at court, was immediately put on remand, as he was already on bail for a previous offence.

However, for other people, the process can be much more protracted. For Alex Cavendish, (Author of PrisonUK An insider’s view ) now out of prison, the journey from initial arrest to prison sentence took over a year. He told us that: ‘I was arrested just before Christmas and was released on police bail for some months before I was informed that I would be charged. Then I was on court bail for a further year.’

Like many people, after arrest, Cavendish returned to work, but didn’t mention the situation to anyone ‘other than immediate family’. It was only after receiving his charge that he started focusing on preparing his defence.

The report concluded that the disproportionate figures was as a result of ‘institutional racism’ – which still manifested itself through operational policing, bail decisions, prosecution, remand and sentencing.

What do You Think?

Do you think the current system of arrest, custody, bail and court sentencing works, or do you believe it is failing certain members of our society? Share your thoughts with us via our Twitter and Facebook pages.