Are you interested in Birmingham Prison? Here’s all you need to know

Are you interested in Birmingham Prison? Here’s all you need to know

Birmingham Prison is a Victorian category B/C jail in Birmingham’s Winson Green area. Formerly operated by Her Majesty’s Prison Service, it is now run by G4S. The prison holds male inmates, serving Crown and Magistrates’ courts in the Midlands. It has been heavily criticised for poor conditions and high levels of violence and drug use. Birmingham Prison has appeared in the news recently after a number of inmates took their own lives and assaults on staff hit a record high. 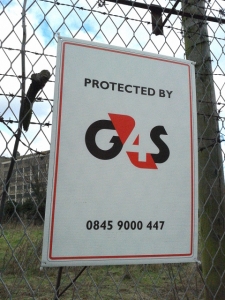 In 2004, the prison underwent considerable change following a multi-million-pound investment by the Prison Service. 450 new spaces for inmates were created along with new educational facilities, workshops, a gym and a healthcare centre. In 2011, Birmingham became the first ever public-sector prison to be transferred into the private sector when G4S assumed responsibility for the jail with a contract to run it for 15 years.

In April 2018, it was reported that assaults on staff at Birmingham Prison had hit a record high, with more than one attack every day on average. There were 474 attacks on staff in 2017 – up 47 per cent on the 296 attacks in 2016, which was also a record high. Director for HMP Birmingham Rob Kellett said: “This data shows that the team at HMP Birmingham faces many of the same challenges as other prisons around the country. Birmingham is a busy, city centre local prison and our staff work tirelessly in challenging circumstances to tackle violent behaviour and reduce the amount of drugs and other contraband coming in which destabilises our regime and puts staff and prisoners at risk.”

In April 2018, it was reported that the fifth inmate had died at Birmingham Prison in seven weeks. Marcus McGuire was found dead in his cell, taking the number of prisoner deaths at the jail to five, including two suspected suicides and two deaths caused by drugs. The Ministry of Justice issued the prison with two notices to urgently improve, ordering G4S to improve levels of violence, drug use, hygiene and care for inmates.

In June 2018, it was reported that two officers at Birmingham Prison were scalded by boiling water while they tried to break up a fight between inmates. It is understood that they were taken to hospital after the water was thrown at them by prisoners but their injuries were not serious.

Biggest Riot in 25 Years Broke Out at Birmingham Prison

In December 2016, the worst prison riot for 25 years broke out at Birmingham Prison. More than 500 inmates took control of four wings after an officer’s keys were snatched as he negotiated with a prisoner who had jumped on to the safety netting. In the aftermath of the riot, the government conducted an investigation which they refused to make public. But it was revealed by ITV that the investigation concluded that the riot could have been prevented. The report said: “Staff were being worn down by chronic staffing shortages over the previous year and prisoners were in effect policing themselves for much of the time.”