The recent cold weather system dubbed ‘the Beast from the East’ brought freezing conditions to much of the UK. Roads ground to a halt, schools shut, towns were cut off by snow and burst pipes left thousands of homes without running water for days – all of which received rolling coverage from the media. Conditions in the UK’s prisons, many of which are housed in rapidly deteriorating Victorian buildings, were appalling, with sub-zero temperatures and broken heating. The prison system’s inability to cope with extreme weather shows just how run-down much of its estate has become and highlights the need to improve or replace facilities as a matter of urgency.

Staff and Inmates at Wandsworth Prison Subjected to Freezing conditions

Heating at Wandsworth Prison in Southwest London failed as freezing weather swept across the capital, leaving inmates and staff to endure sub-zero conditions. The Ministry of Justice said the prison’s heating system had failed due to problems with UK Power Networks, adding that inmates had immediately been provided with “additional resources for comfort purposes”. A generator had to be used to provide power while engineers worked to restore the heating, while temperatures fell to -1C but ‘felt like -6C’, according to BBC Weather.

Opened in 1851, Wandsworth Prison is designed to hold 1,000 inmates, but currently has a population of more than 1,500. The closure of Wandsworth has been in the pipeline for some time, but its future is currently uncertain. The government has plans to open a series of ‘super prisons’ to accommodate the spiralling prison population and pave the way for the closure of a number of deteriorating Victorian jails. HMP Berwyn in Wales opened in February last year and will be the largest prison in Europe when fully operational. 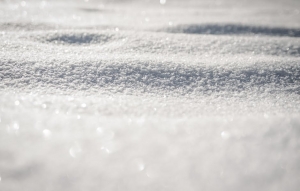 Winter often brings serious illnesses to prisons. Last December, inmates as HMP Oakwood, near Wolverhampton, suffered outbreaks of tuberculosis and norovirus. One inmate was taken to hospital after developing tuberculosis, while 30 men contracted norovirus, the symptoms of which include vomiting, nausea and diarrhoea. They had to be placed in isolation to prevent the condition from spreading.

Hot weather can also lead to unacceptable conditions in the UK’s dated jails. Last summer, temperatures climbed above 30C across much of England and Wales, leaving inmates and staff to endure stifling heat for days. Many prisons, particularly Victorian buildings, have poor ventilation, windows which only open slightly or not at all, and cramped cells which inmates are often confined to for much of the day.

Former inmate and writer Alex Cavendish believes conditions in prison can be “unbearable” during heatwaves, and lead to a significantly higher likelihood of violence or unrest.

“In the past there have been cases where prisoners have seriously self-harmed just to get out of those environments.”