The UK’s prisons are currently divided into 4 categories – A, B, C and D (open). Generally speaking, category A prisons are reserved for inmates who have been determined a threat to the public, the police or national security.

These prisons are designed to make escape impossible for the prisoners, and are commonly described as ‘high security’ or ‘maximum security’ establishments. According to the Prison Reform Trust, there are currently 8 maximum security prisons in the UK at present. These are: 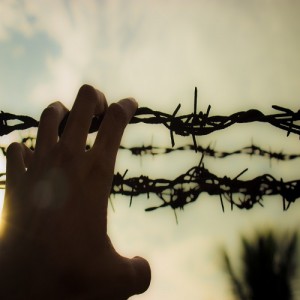 Category A Prisons – What is it Really Like Inside?

Most people have a preconceived notion of what a maximum security prison is like. Films and TV programmes have created the image of bleak grey walls, tiny cells, uncontrolled violence, rape in the showers and beatings from the ‘screws’.

However, the reality is often quite different. Although category A prisoners have less privileges than category C or D prisoners, according to ex-inmate Mark Barnsley, it’s certainly not as bad as the media suggests. He states: ‘The most common fear, certainly among men, seems to be that if they get locked up, they’ll ‘have to go in the showers with Mr. Big’. Forget that – predatory homosexuality is as rare in British prisons as malt whisky, in fact in some prisons it’s a great deal rarer. There’s probably more chance of you being raped or sexually assaulted ‘outside’ than in here.’

He highlights that violence does occur in prison, but that most of the incidences are related to drugs. ‘When I was at Full Sutton in 1996,” he says, ‘there was an average of one stabbing a week, but almost all of them were related to smack.’

According to a survey undertaken by the Ministry of Justice in 2014, a large proportion of category A prisoners don’t even see their sentence as a punishment. In HMP Frankland, just under two thirds of inmates said that they felt punished. The same was reported at HMP Full Sutton, and in HMP Belmarsh, one of the UK’s most notorious high-security prisons, 1 in 3 said they didn’t feel punished when incarcerated there.

The survey also raised other issues of concern. The results showed that two thirds of inmates felt they weren’t helped to become law-abiding on their release, and a similar number said they had not been encouraged to address their offending.

Under half thought the prisons were ‘well controlled’ and a quarter claimed that it was prisoners who were ‘running things’, not the prison officers.

Dee Edwards, from the R and K Foundation, a group supporting victims of crime, commented: ‘You cannot make it up. Something is clearly going wrong if prisoners do not think they are being punished. I am all for rehabilitation but clearly prison is not working here.’

The Root of the Problem

Once again, the real problem seems to be the lack of focus on rehabilitation and meaningfully reducing rates of reoffending. When the prisoners themselves are saying that they don’t feel punished or rehabilitated, then it’s a clear indication that the system is not working. This doesn’t benefit the inmate, nor does it benefit society as a whole.