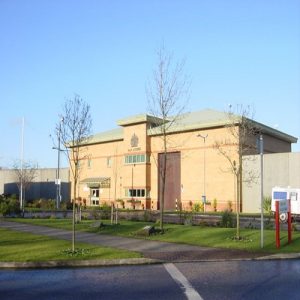 HMP Altcourse’s history may only be a short one; having only opened in 1997. However, as the UK’s first privately designed, constructed and managed prison, it has huge historical significance. In this blog post, we’ll examine how Altcourse came into being – and just how successful the country’s first privatised prison has been.

Altcourse Prison – The Rise of Privatisation

The UK’s prison population has been growing exponentially for many years – putting considerable pressure on existing prisons. The problem became particularly pronounced at the start of the 1990s. The Conservative government were the first to start privatising the prison system – by awarding short-term contracts to security companies.

Under a Labour government, privatisation continued; based on recommendations such as Lord Laming’s report, which reflected on the success of private prisons in the US. HMP Altcourse was the first prison to be fully managed, financed, designed and built by a private company – and officially started taking in prisoners on the 1st December, 1997. It’s run by G4S; one of three private companies running prisons in the UK.

At the time of writing, there are now 14 private prisons, including HMP Birmingham, HMP Bronzefield, HMP Doncaster, HMP Oakwood and HMP Lowdham Grange.

Cracks in the System

Although private prisons such as HMP Altcourse were initially seen as a progressive step forward, issues soon became apparent. There were growing concerns about the quality of service provided – with many people highlighting the conflict of interest within the private prison sector. People started asking the question – was profit more important to private prison companies than the prisoners themselves?

A damning 2003 report from the National Audit Office revealed that private prisons such as HMP Altcourse were run by inexperienced staff, and were less safe than publicly-run establishments. It also highlighted intrinsic problems with the private prison contracts, and the over-reliance on electronic surveillance, in an attempt to reduce staff numbers.

In recent years, Altcourse prison has been beset by bad press. A 2014 unannounced report detailed the high levels of violence in the prison, with inspectors suggesting that officials have been “slow to react” to the escalating problem.

In the report, Nick Hardwick, then chief inspector of prisons, stated that violence had “become normalised” at Altcourse, and that “the security strategy did not make the necessary links between drugs, gangs and violence, and little had been done to address the disproportionate number of young adults involved in violent incidents.”

The report also highlighted the ‘squalid’ cells and excessive use of force.

Additionally, HMP Altcourse has come under fire for its ‘legal high’ problem. The availability of drugs, such as psychoactive substances like ‘Spice’ and ‘Black Mamba’ have become a serious problem in the prison. Indeed, they’re so widely available, that prison officials have to use a cherry-picker to retrieve drugs parcels from the roof that have been thrown over the walls. Medical incidences involving use of Black Mamba have become so regular in the prison that inmates had started to nickname the paramedics as ‘mambulances’.

The Future of HMP Altcourse?

However, it hasn’t been all bad for Altcourse Prison. Despite experiencing considerable problems with drugs and violence, the prison is regularly praised for its provision of meaningful activities for inmates – which can help as part of the rehabilitation process.

With its contract due to run out within the next few years, it remains to be seen what the future holds for HMP Altcourse – and indeed, for all the private prisons in the country. Whilst there are some aspects that G4S seem to have under control, the ongoing issues with legal highs and violence desperately needs to be addressed – and so far, this hasn’t yet happened.